It may not have been much of a spectacle, but Royal Wootton Bassett Town made sure they did just enough to make it through in the Buildbase FA Vase as Sam Collier's side saw off Knaphill 1-0 in their First Qualifying round tie.

Joe Selman's 29th minute goal ultimately proved the difference in a game which, although evenly contested, was short on goalmouth action.

While their passing was pleasing on the eye, neither team offered much threat in front of goal, with Bassett 'keeper Eddie Cavanagh and his Knaphill equivalent Chris Harris both enjoying relatively quiet afternoons. And when the 'keepers were tested, it was largely from efforts that where the odds were largely in their favour.

Indeed, Harris arguably pulled off the safe of the afternoon in the build-up to Bassett's goal. Neat interplay between Macauley Dodson, Dave Bampton and Selman on the right edge of the area opened up a gap in the Knaphill defence and the ball was worked to Bailey Gallagher whose shot Harris parried with a save at point-blank range.

But the danger was not cleared, Tom Moore recycled the ball into the box and – with the Knaphill defence not recovered – Selman made no mistake, placing into the right corner from twelve yards out.

It was a goal that did not really appear to be coming.

Bassett had started somewhat flat and yielded two half decent opportunities to their visitors within the opening quarter of an hour.

Dropping off into the large amount of space between Bassett's defensive and midfielder lines, the lively Harrison Livingstone received a pass from Drew Matthews, turned towards goal and fired a low drive from 25 yards out which Cavanagh was forced to save with his feet.

Then four minutes later, Jake Rumble's left wing cross picked out Connor Holland at the far post but he snatched at a shot that Cavanagh comfortably had covered.

The hosts eventually livened up though and Bassett began to set about trying to exploit Knaphill's rather shaky looking backline.

Initially, Knaphill's defence proved they were capable of bending without breaking.

On the quarter hour mark, right back Dodson squared inside to Kai Robinson who let rip from the edge of the area, finding Harris equal to his effort.

Ten minutes later, Tommy Ouldridge seized upon miscommunication between centre half Lloyd Connelly and left back Rumble and played in Bailey Gallagher with a precise through ball. Gallagher had just the 'keeper to beat but the best he could muster was a weak left foot shot that went straight into Harris' hands.

The Knaphill 'keeper would pull off another save the next time he was called into action. But there was little he could do about Selman's shot after his defence failed to clear. And that meant Bassett were able to get to the interval in front.

Given the lack of cutting edge on show, a second goal would likely have been enough to kill off the tie. With the tie also due to head straight to penalties if it ended all square at the end of 90 minutes, there should have been plenty of motivation for Bassett to raise their game a notch further and try to double their advantage.

Yet for whatever reason that did not occur. Instead, the hosts largely sat on their slender one goal lead – a situation that led to a couple of anxious moments in the second half.

A five -inute spell around the hour mark saw the game threaten to spring into life. It brought three decent chances – two for Knaphill, one for Bassett – while the hosts also saw a penalty appeal turn down.

The first opportunity saw Rumble fizz in a low left wing cross that Matthews connected with but skewed wide from twelve yards out.

At the other end, Gallagher initiated and almost finished off a counter attack. After stealing possession inside Knaphill territory, he raced to get on the end of Selman's ball into the box but was narrowly beaten to the punch by Harris.

Bassett then quickly reverted to being on the back foot and were fortunate that Joe Waight was unable to find the target as he curled inches wide of the right post from 15 yards.

Having survived that scare, Gallagher again threatened. Latching onto Selman's defence splitting pass, he advanced on goal and when looking to cut inside Dan Udanoh appeared to be tripped. However, referee Andrew Lincoln waved away Bassett's demands for a spot kick.

The game soon settled back into a familiar pattern though with neither team fashioning much. Chasing the game, it was Knaphill who produced the only chances as the game wound down. But even these failed to really test Cavanagh as he was more than equal to shots from outside the area from Livingstone and Holland.

Man of the Match: Kai Robinson – the central midfielder worked hard throughout the entire 90 minutes and made strong, positive contributions to his side's play at both ends of the pitch. 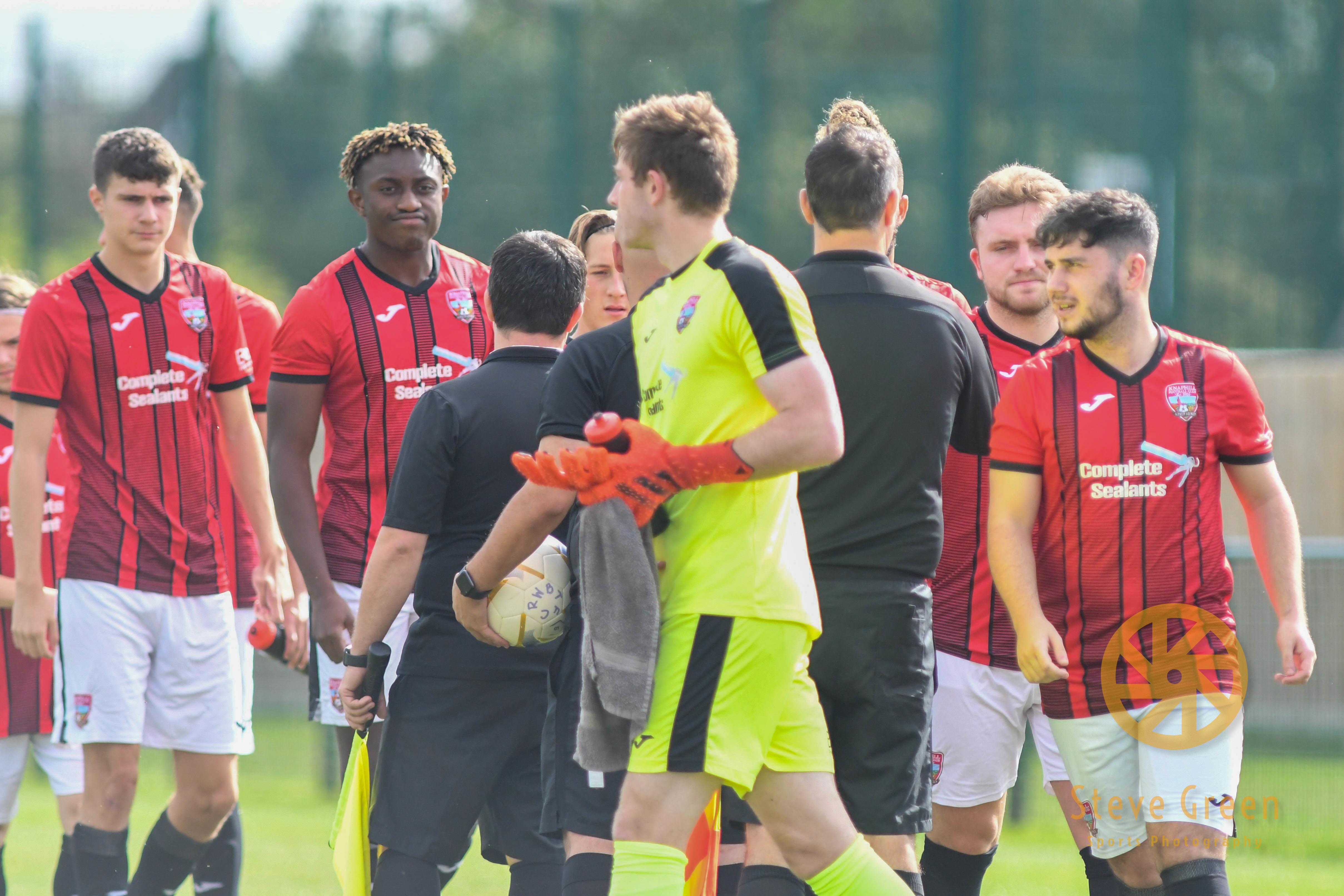 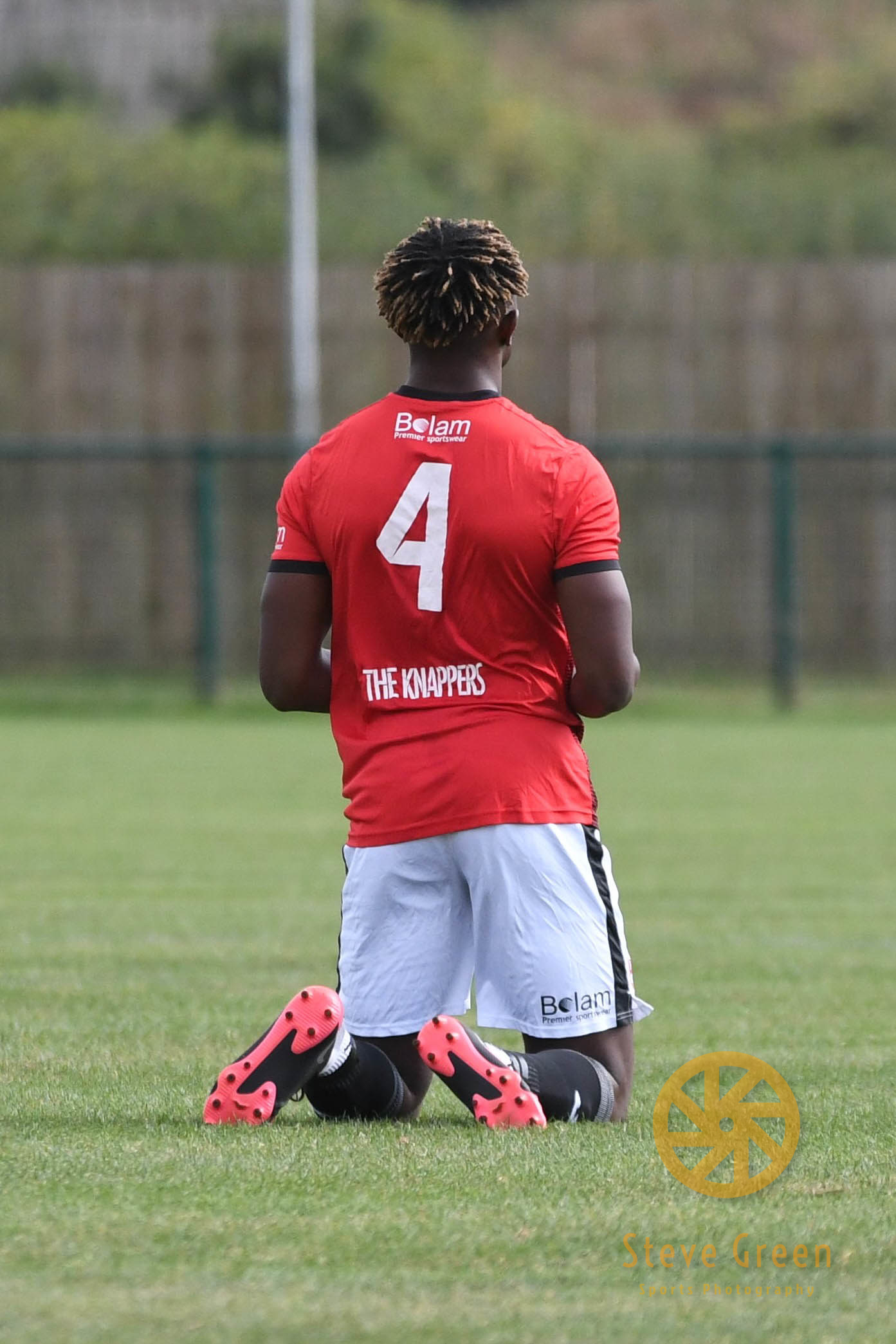 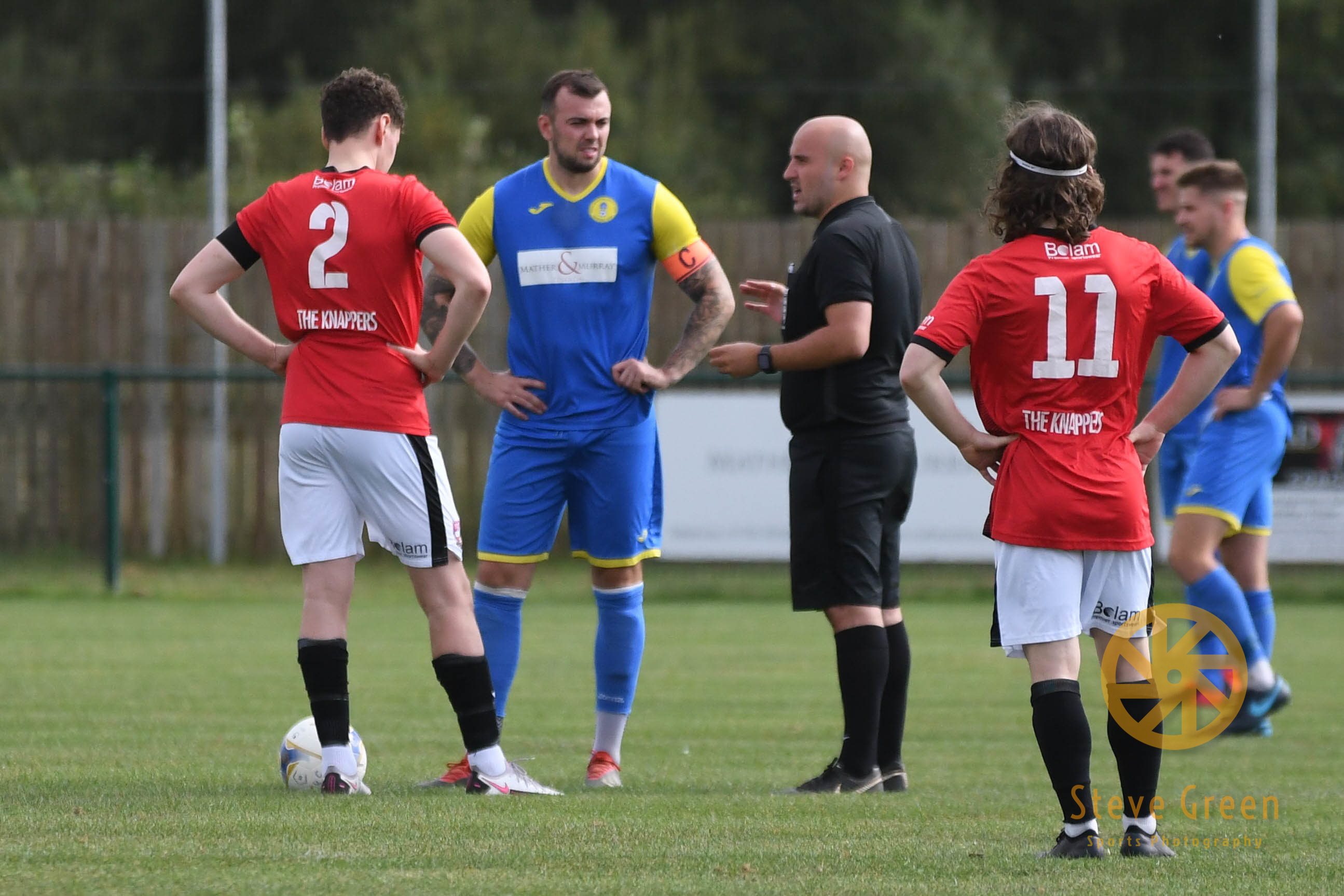 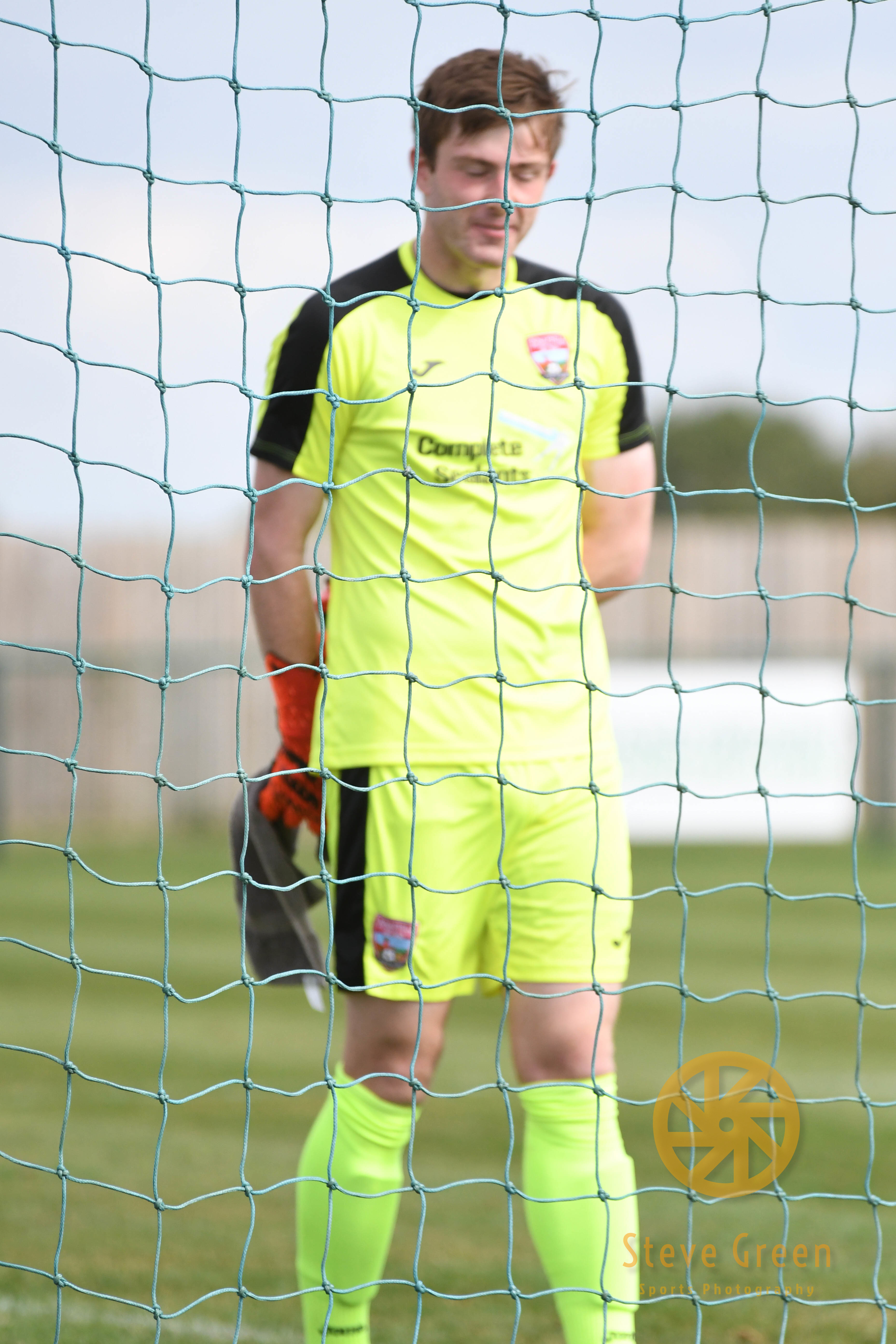 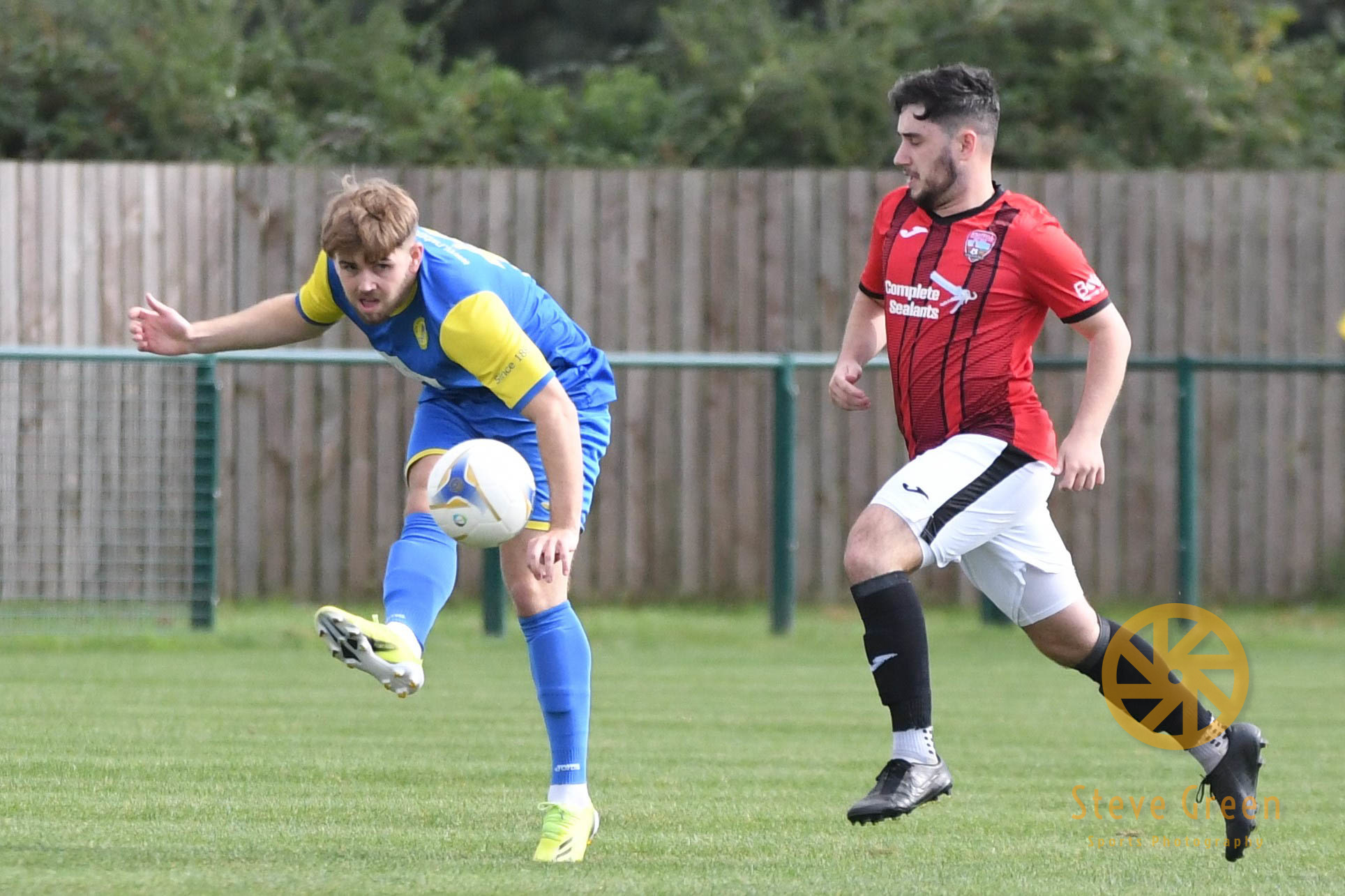 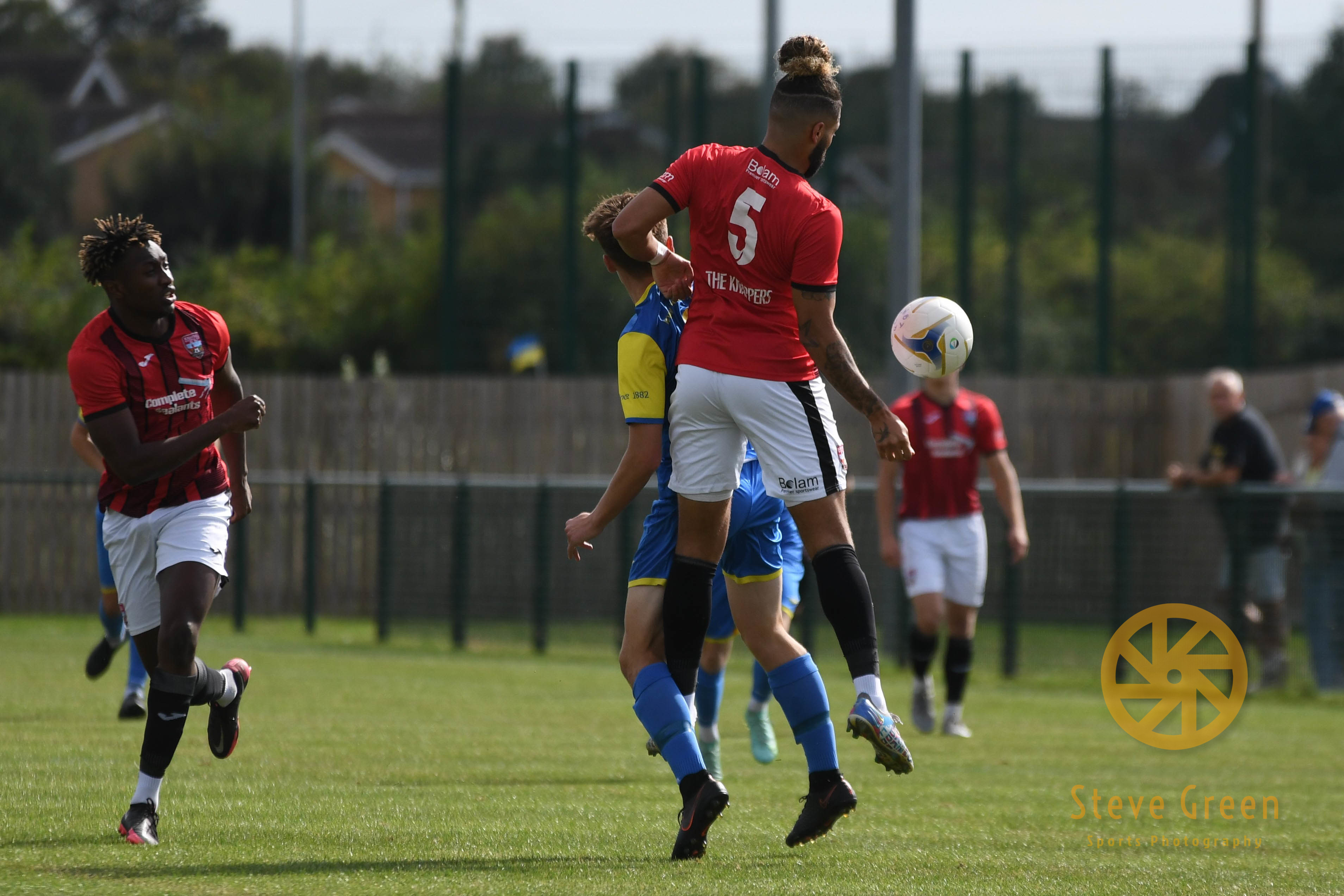