Two goals to the good and with their hosts appearing somewhat rattled, after 45 minutes Royal Wootton Bassett Town appeared on course to make a perfect start to their 2021-22 Hellenic League Premier Division campaign away against Bishop's Cleeve.

In the end though, Sam Collier's side had to settle merely for a very good start to their season as a pair of goals in quick succession at the start of the second half saw the Mitres claw their way back into a helter-skelter game and ultimately claim a point.

In fairness, Bassett were hanging on towards the end as the home side found space in behind the visitors' defence courtesy of their rather direct approach. But, littered with chances throughout a captivating 90 minutes, this was a match that could have gone either way. And Bassett themselves had plenty of reasons to believe they could have been taking three points back to Wiltshire with them.

While having to settle for a solitary point, there were multiple positives that Bassett can take from the match. Bailey Gallagher, Alan Griffin and Tommy Ouldridge made life tough for Bishop's Cleeve's rather exposed back three. Chris Taylor and Dave Bampton offered continuous energy in the heart of midfield. And, despite a handful of nervous moments, Bassett's back four coped well enough with the stern test that the hosts' lively strikeforce posed.

There are aspects that need to be improved as well. Indeed, the first goal Bassett conceded came from that old Achilles' heel â€“ a set piece â€“ while the second stemmed from a poor choice of pass played out from the back that initiated a decisive counter-attack.

But with a point on the board from a tough fixture, it's wise to focus more on the positives.

Both sides played with attacking intent from the off. In the opening twenty minutes, they had created two good chances apiece. Headers fromo Leroy Odiero and Jack Watts forced Harrison Ellis into early saves, while at the other end Sam Ockwell saw headed narrowly over and Alan Griffin found the side netting.

A mix up between Ockwell and Ellis then generated the best opening of the game so far, but Watts poked wide from an angle before Mark Pritchett's glancing header from a Jake Parrott corner grazed the bar on its way over.

It would be Bassett who ultimately struck first though. And they did so in style. Opening up the home defence, the ball was worked from Ouldridge on the left through Taylor to Gallagher on the right edge of the box. The youngster then proceeded to cut inside Odiero and curl a delicate left foot effort into the far corner with the help of the upright.

The scores were almost immediately levelled though when Watts somehow steered wide from six yards.

But, surviving that scare, the visitors soon doubled their led. Gallagher was again involved, this time causing problems for Parrott who clumsily strongarmed the midfielder to the floor in the penalty area. There was little doubt it was a penalty, which Griffin confidently swept home, sending Sam Gilder the wrong way.

At this moment, Cleeve were asking questions of themselves, though they almost reduced their arrears just before the interval when Watts looped a header over Ellis only for Ockwell to acrobatically hack clear off the line.

The hosts eventually provided the reaction their deficit demanded with two goals in a five-minute second half spell.

Yet by that point Bassett could well have been out of sight. Five minutes after the restart Bampton steered a ball into the box, which, after Griffin was unable to connect on the turn, fell to a wide open Gio Wrona. However, the midfielder skewed well wide from ten yards out.

Odiero then headed in at the far post from Harrison Reeves' right wing free kick to get Cleeve on the board.

That injected life back into the hosts. But they were fortunate not to find themselves two goals down again. Wrona had two further excellent chances, the first resulting in a shanked effort again from a promising position before he forced Gilder to save with his feet from an angle.

Where he lacked composure, Reeves did not. At the other end, Ockwell lost possession cheaply, allowing Cleeve to break down the right. With the defence stretched, Blaine Waugh cut a pass across the Bassett box, which Watts dummied, allowing Reeves the time on the ball he needed to confidently pick a way past Ellis.

All square, it was now anybody's game â€“ though it was the hosts who appeared most likely to grab a go ahead goal as the second half progressed. Balls played quickly over the top got the Bassett defence turned, while tired legs meant Collier's side were unable to maintain possession for any meaningful spell at the other end of the pitch. That invited pressure.

Reeves flashed a low ball across the face of goal, which an outstretched Watts narrowly avoided getting on the end of. Substitute Jake Rhodes narrowly headed over from a Reeves corner.

Then, with ten minutes left, Watts beat the offside trap and bore down on goal. Seeking to sidestep an onrushing Ellis, a solid glove from the Bassett 'keeper broke the forward's momentum. However, the loose ball dropped for Archie Haskayne, whose precise sidefoot shot appeared goalbound only for Ockwell to get a block that guided it onto the post. Watts' subsequent rebound effort was then deflected over.

Bassett did enough to see out the danger though â€“ and they can certainly feel content enough to get off the mark with a well-earned point.

Man of the Match: Bailey Gallagher â€“ although he tired towards the end, the youngster produced a quality display capped off by his excellent goal and the penalty he earned his side. 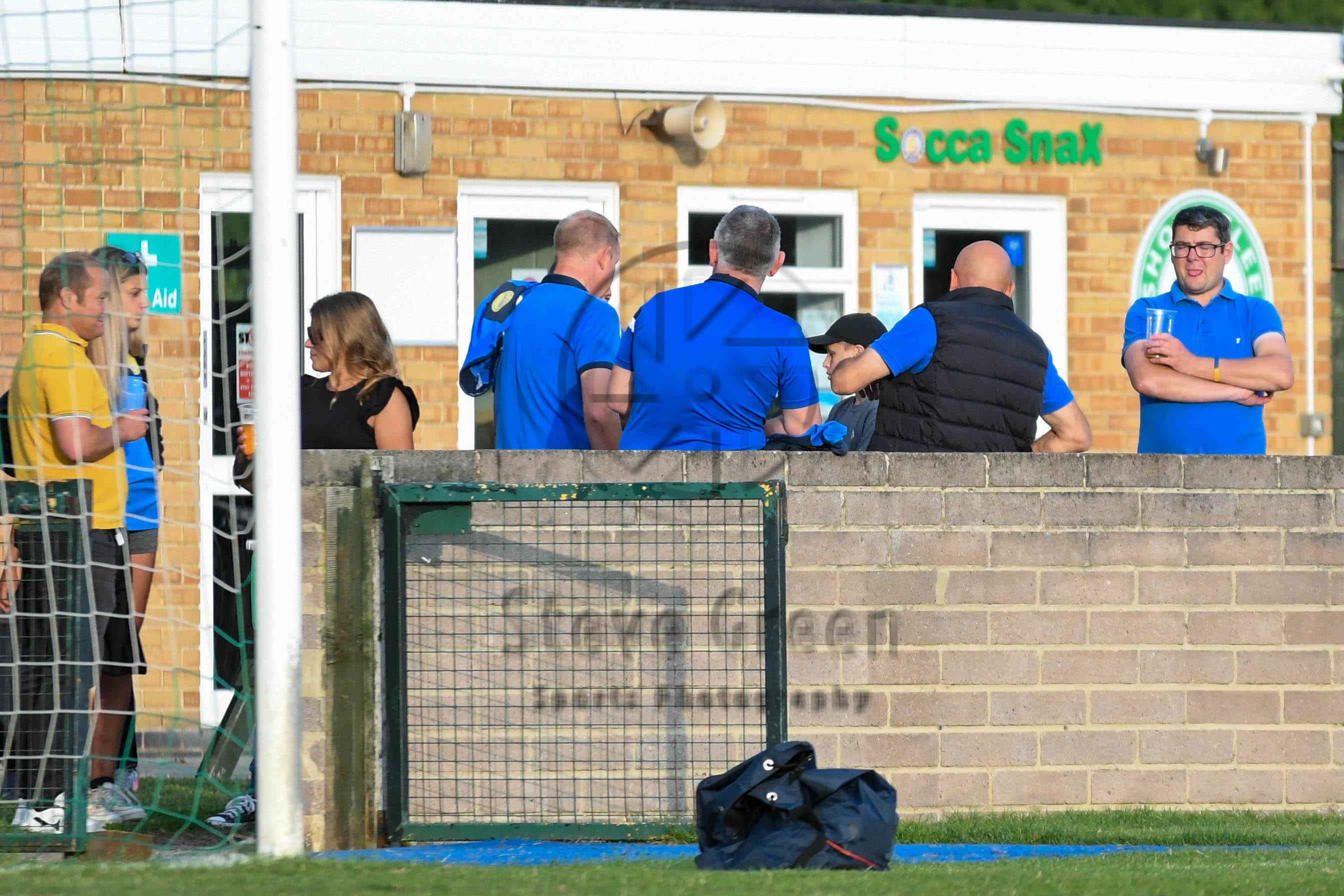 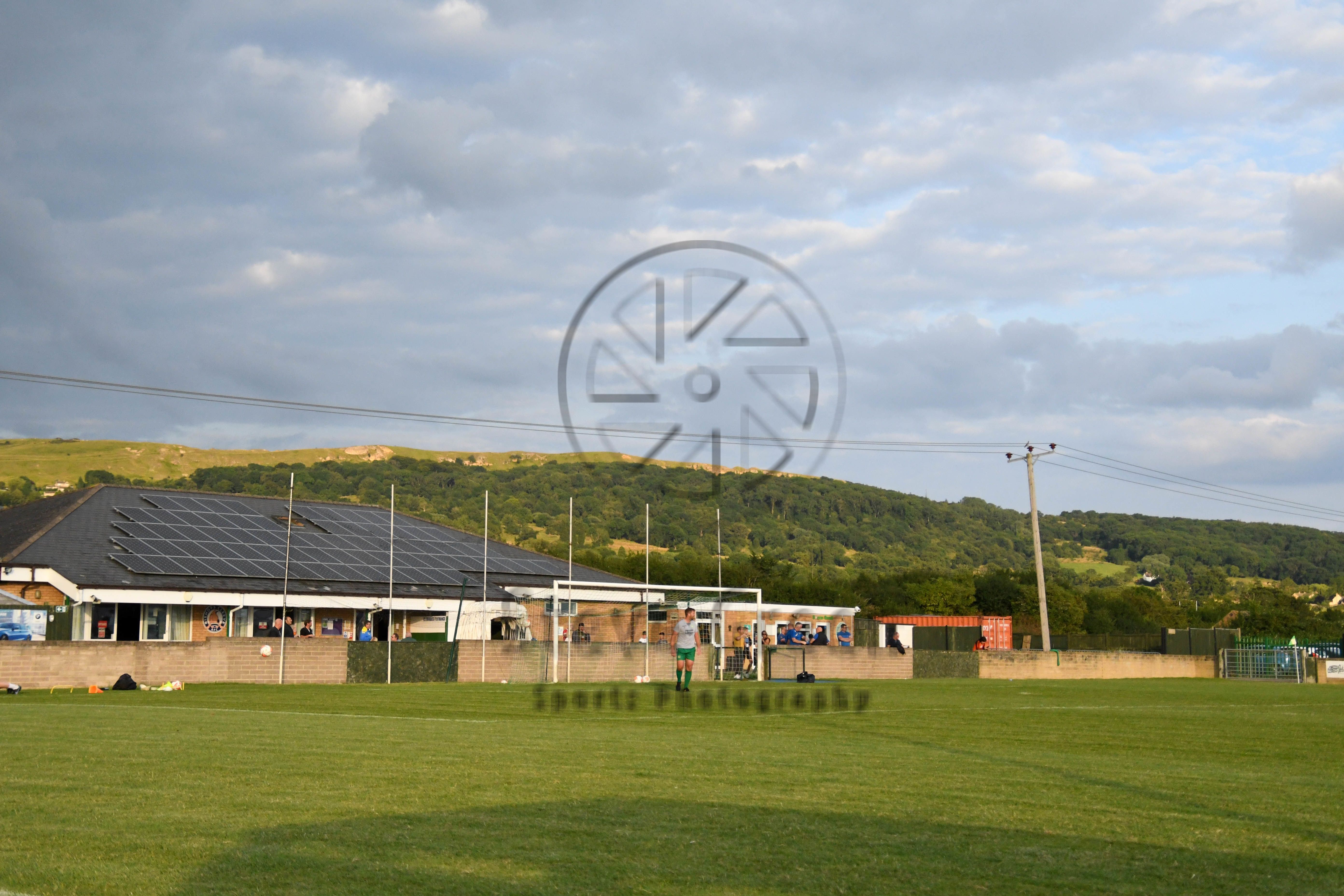 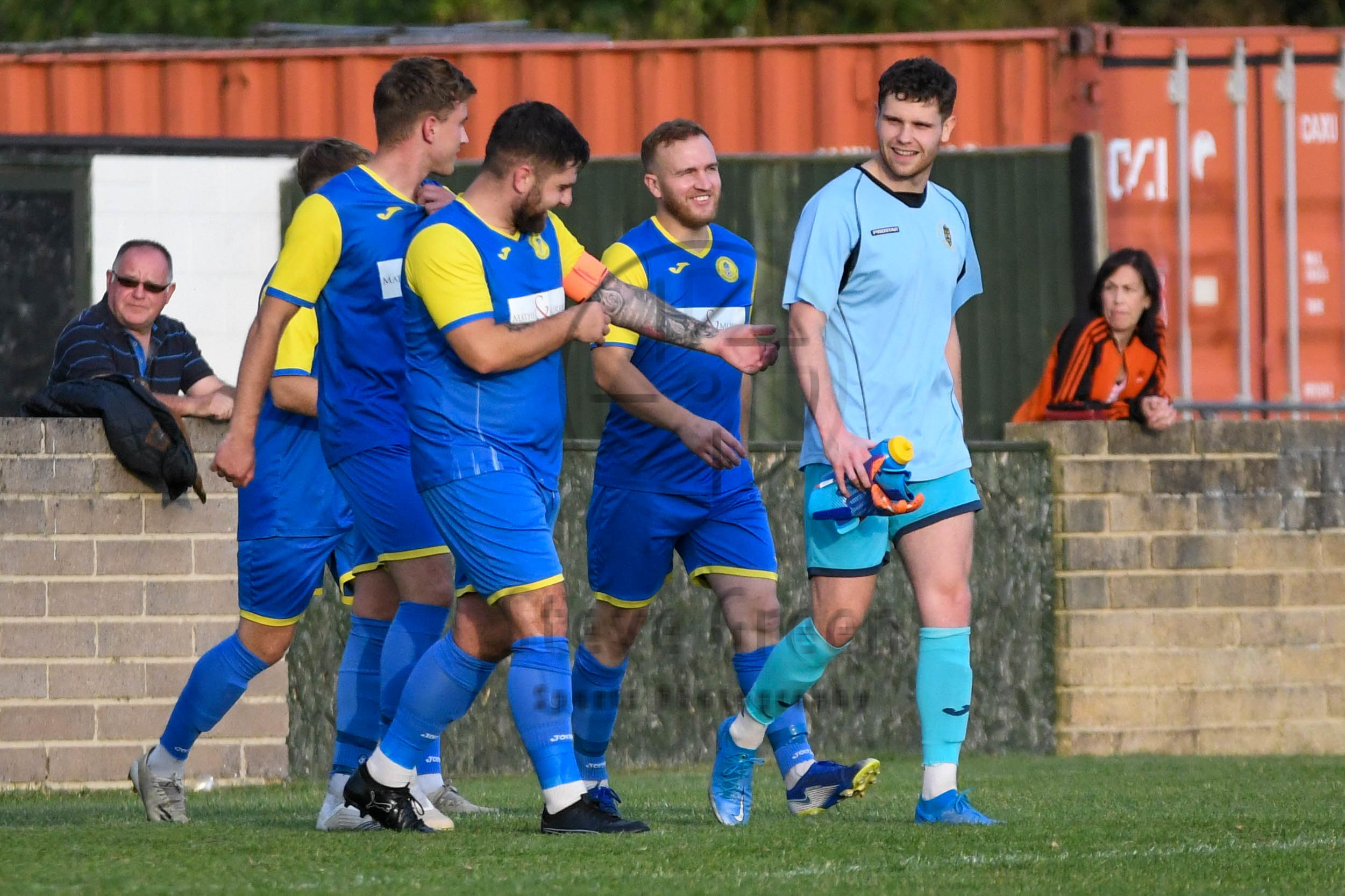 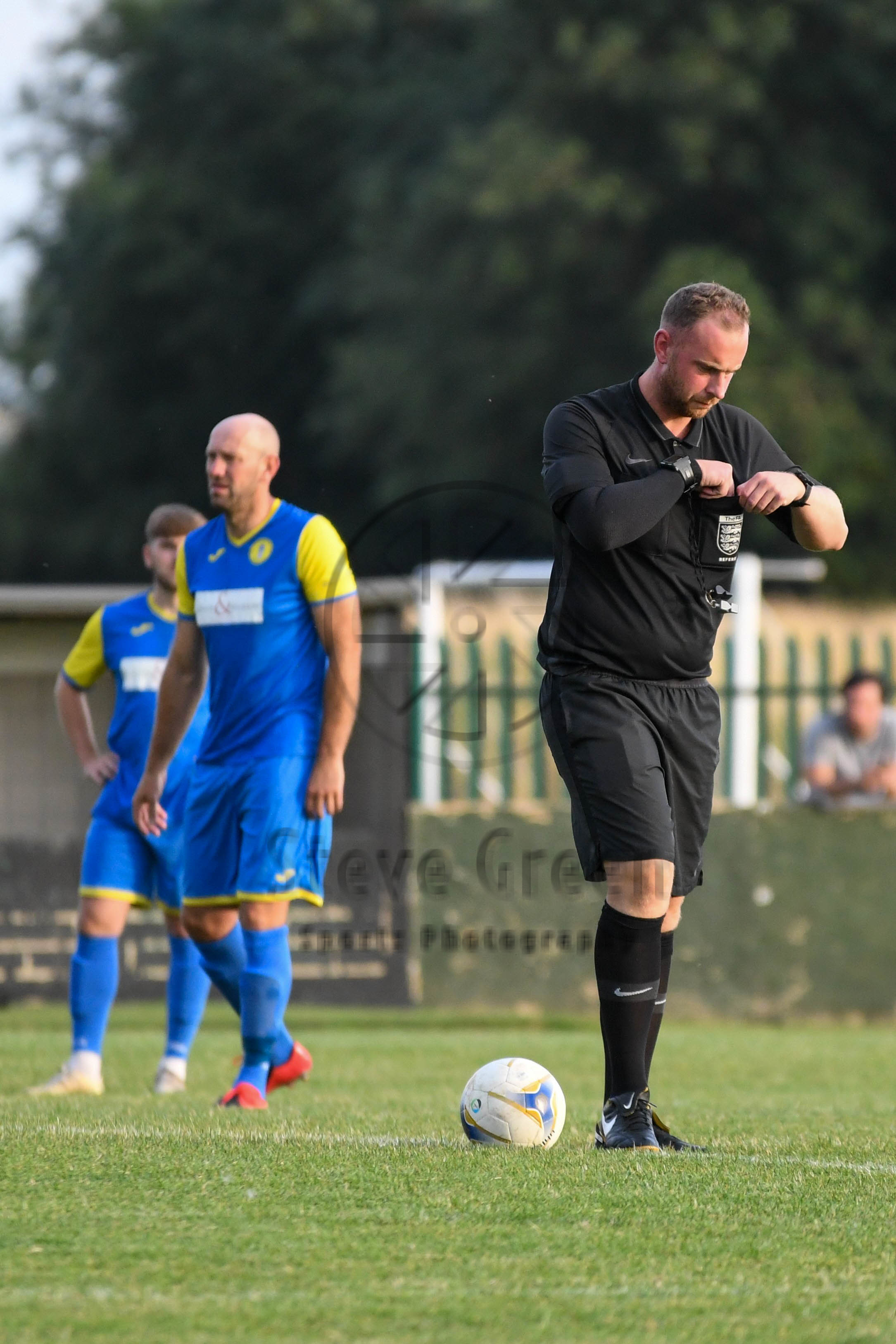 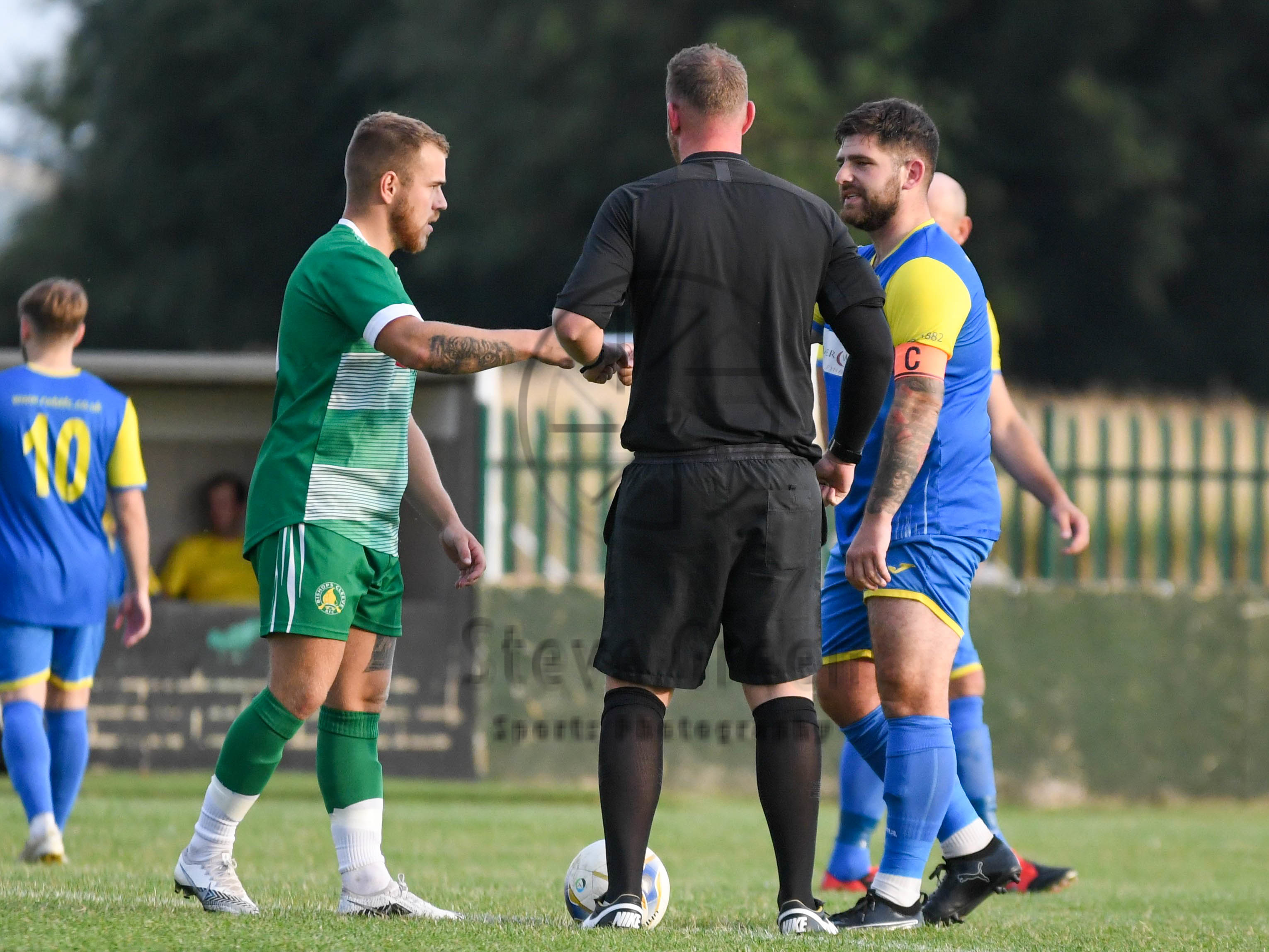 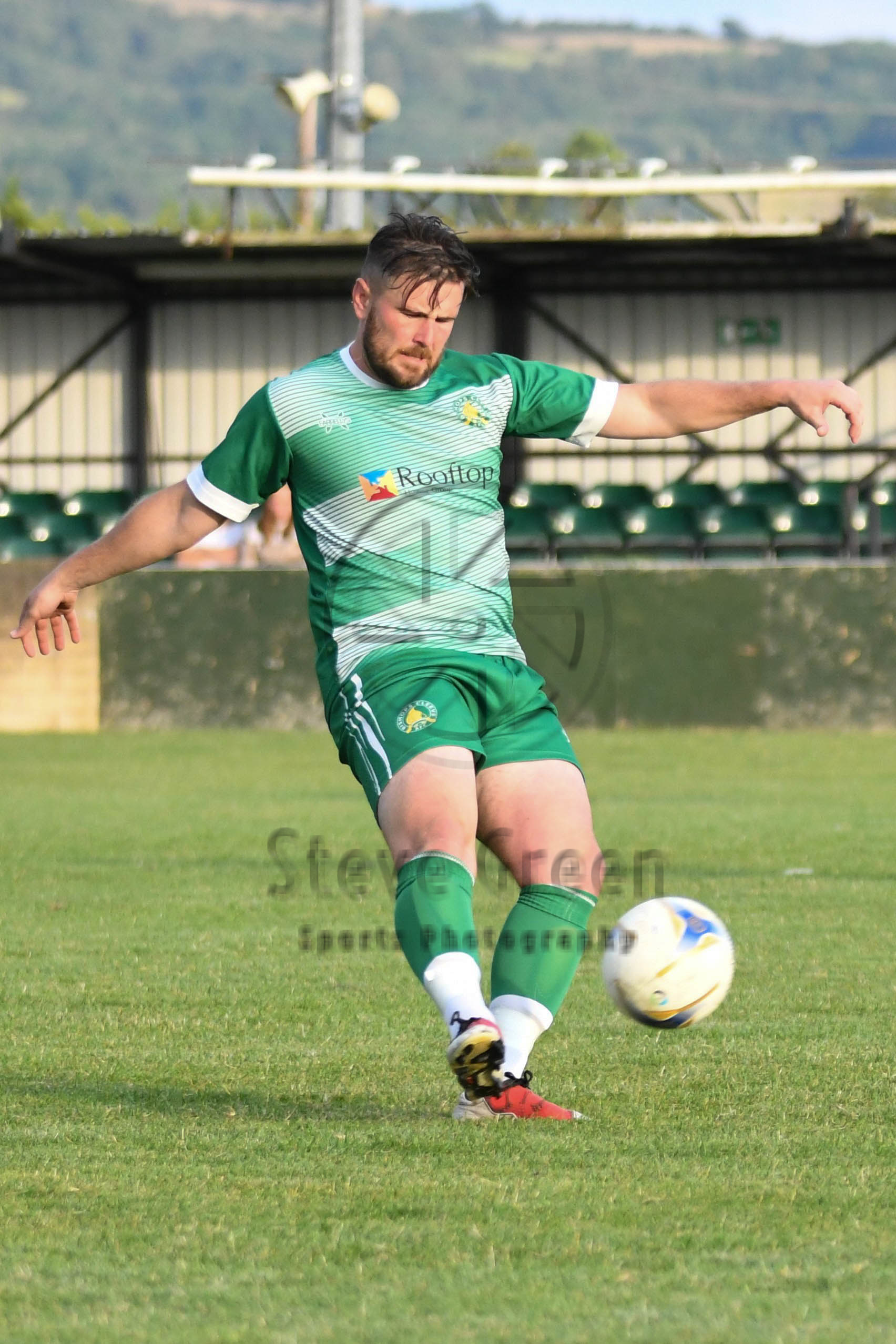