Congratulations to Nana Opoku-Menkah of Royal Wootton Bassett Town's Under 11 Blue team on winning the Youth Section Player of the Month award for March!

Nana received the following nomination: "March was an impressive month for a player with huge potential. His pace, technical ability and decision making has transformed the team's forward play. In addition, his ability to make the team laugh has enthused a stronger bond within the team – Nana is a very cheerful character and a pleasure to coach."

The Player of the Month award is an initiative that was introduced in the 2019-20 season and is now entering its third season. Players can be nominated by their team managers and coaches. Nominees then go into a ballot with the winner - who receives a voucher and trophy - selected at random from these. All nominees receive a postcard congratulating them for their achievements.

For the March prize nominations were received from 9 of the club's 22 youth section sides. Huge congratulations go to all players who were nominated – and many thanks to the managers and coaches for providing the nominees!

The following nominations were received for the March prize. 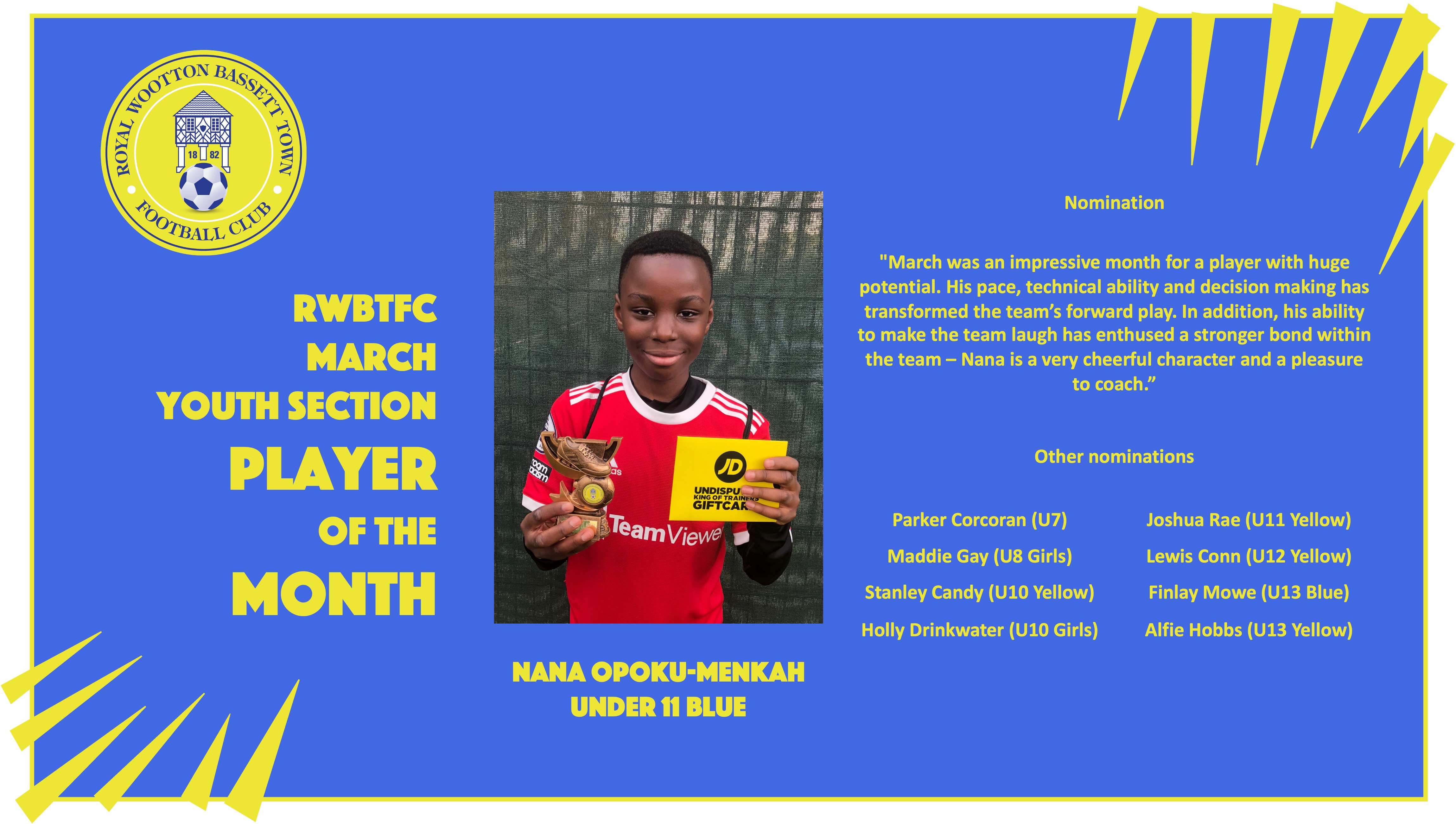