Champions Royal Wootton Bassett Town's final game before they got their hands on the Wiltshire League trophy saw them twice come from behind to claim a point away against Salisbury Development.

Salisbury acknowledged their opponents' title success by forming a guard of honour as the visitors came out onto the pitch. But, demonstrating the quality they have, that was the last point at which Salisbury showed deference to Bassett, with Steve Yeardley's side forced to dig deep to get something from the match.

When the game itself kicked off the first clear cut chance of the afternoon fell to Salisbury's Devon Arnold who was to cause the visitors all kinds of problems throughout the afternoon. In the 13th minute he found himself clean through on goal but Bassett Under 18s goalkeeper Louis Smith, playing only his second game of the season, denied the striker with a good save with skipper for the day Ben Brown then blocking the follow-up shot from Layton Tulk.

Arnold continued to cause problems to the Bassett defence, and 21 minutes in only a last gasp tackle from Josh Connolly denied him a strike on goal before on 26 minutes he fired a shot just wide of the post.

Salisbury continued to have the better of things and Smith in the visitors' goal was once again called upon to deny the home side a lead, diving to save a free kick from Will Waterson.

Three minutes before the break a cross from Salisbury captain Alfie Hawke found the head of Arnold but he was unable to direct his header on target.

The Salisbury pressure finally paid off two minutes from the break though as a defence splitting pass from Arnold found Connor Ings and he fired low into the net past Smith to make it 1-0 to Salisbury at the interval.

Bassett's needed to raise the level of the game after the restart. And that they did as they were back on level terms within five minutes of play getting back underway and, as often has been the case this season, the goal came through some great link up play between Dale Richards and Matt Bennett. The goal was very similar to Salisbury's opener, Richards' defence splitting pass finding Bennett who fired powerfully past Dan McCarthy in the Salisbury goal.

The visitors were now having their best spell of the game and Bennett nearly added a second moments later when he got on the end of a headed Tyler Sheppard pass.

Twenty minutes from time Arnold went close to putting his side back in front, his powerful shot from the edge of the box coming back off the crossbar and being cleared to safety.

However, he was not to be denied for long, moments later his run at the visitors' defence saw him turn last defender Sam Ockwell before curling a delightful shot into the top corner of the net for 2-1.

Layton Tulk then had a chance to extend the lead, but another save from Smith, who was having a good game, kept his side in the match.

At the other end Richards twice nearly got the visitors back on level terms, firstly firing a powerful volley from a Nick Mason cross just the wrong side of the post before a powerful free kick from just outside the box was held at the second attempt by McCarthy.

The equaliser was to come however two minutes from time, Richards firing in a shot that ended up in the back of the net with a possible deflection on the way to leave it all square at two apiece.

Unfortunately for Salisbury, the late equaliser resulted in just a point to deny them a fifth-place finish on an afternoon they probably deserved all three points with an impressive performance.

Following the conclusion of the game the league winner's trophy and medals were presented to Bassett, the first time a team from the club had lifted the league trophy since back in 1987-88 when Bassett's first team clinched the title and won promotion to the Hellenic League. 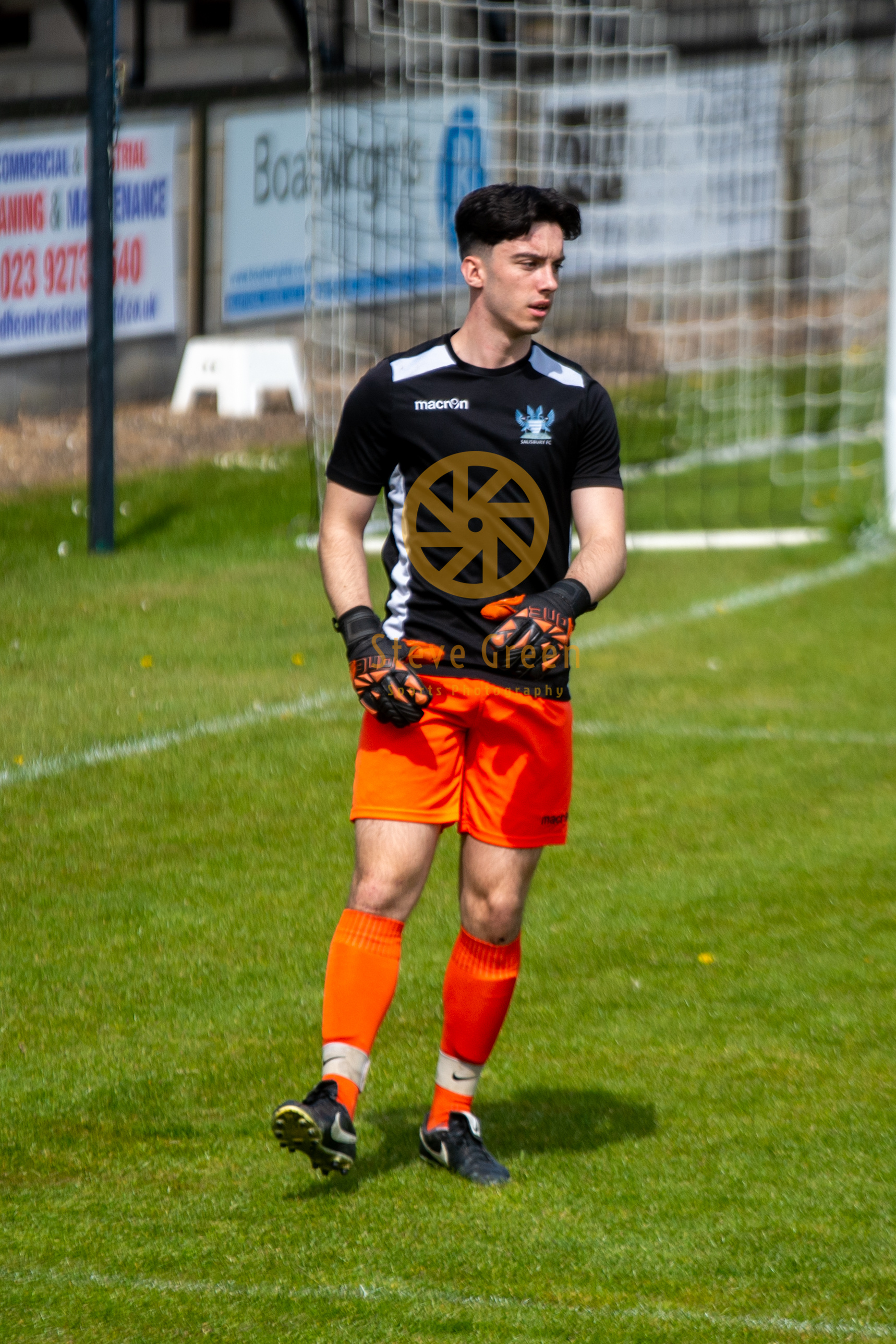 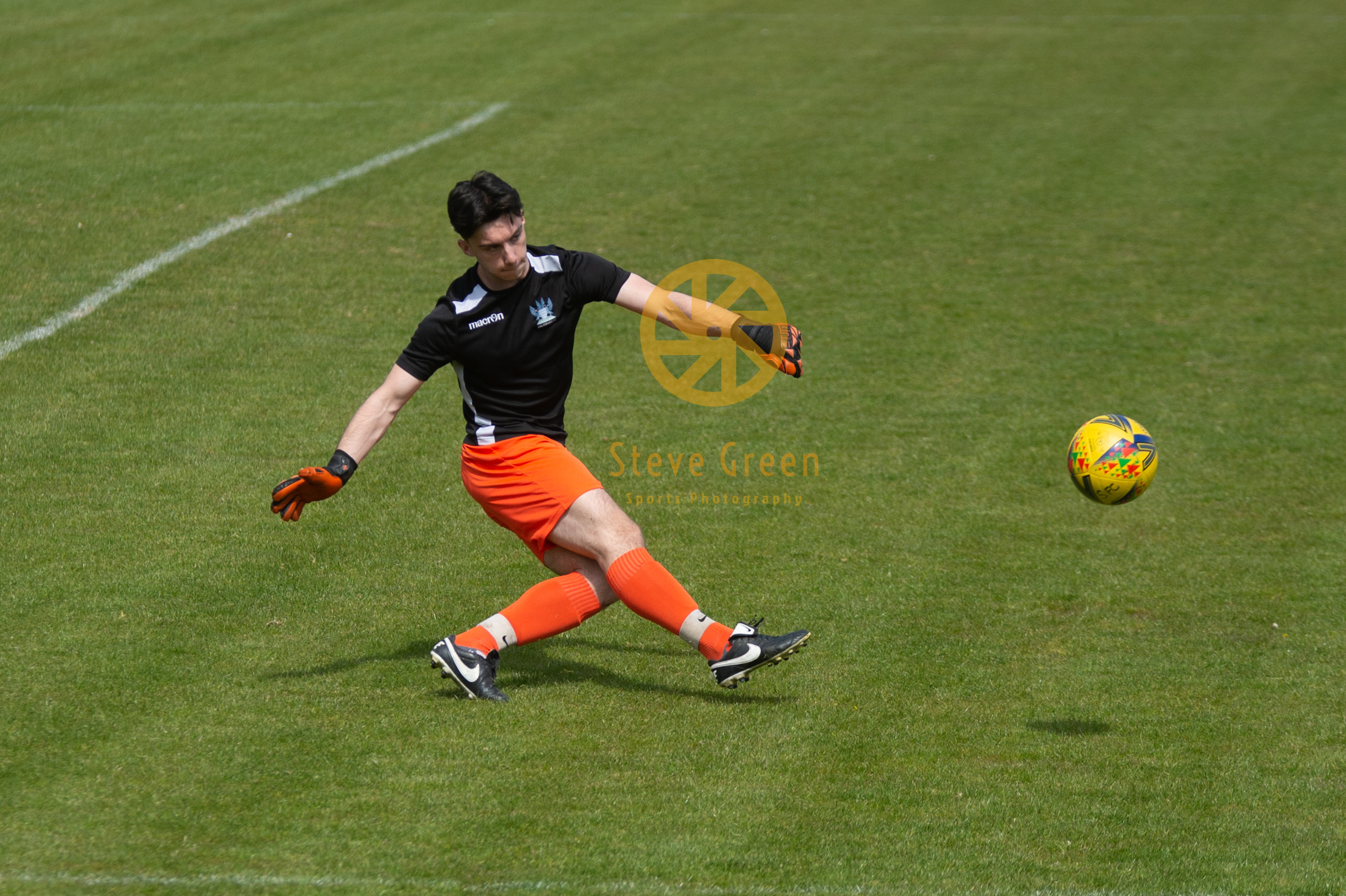 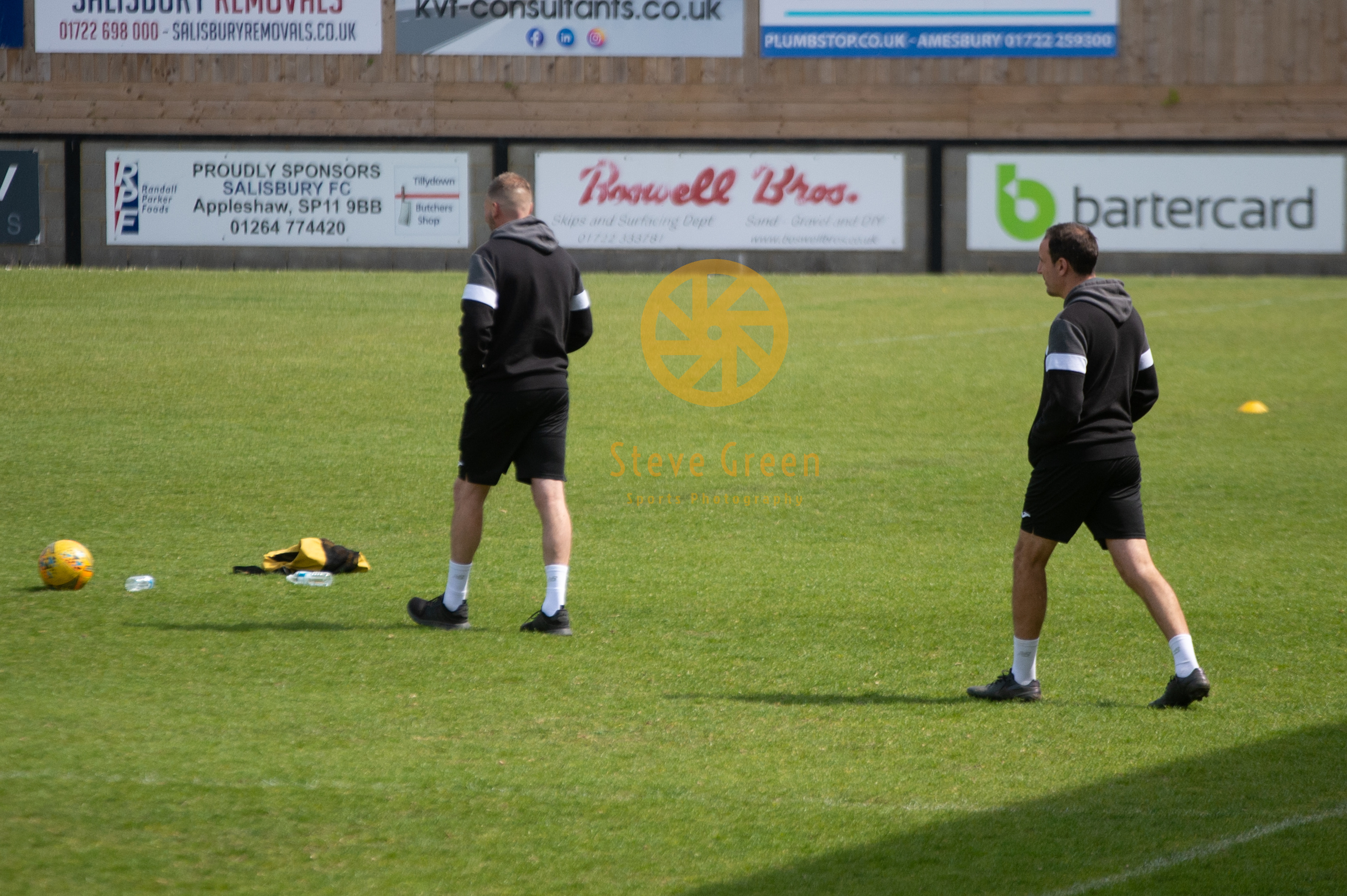 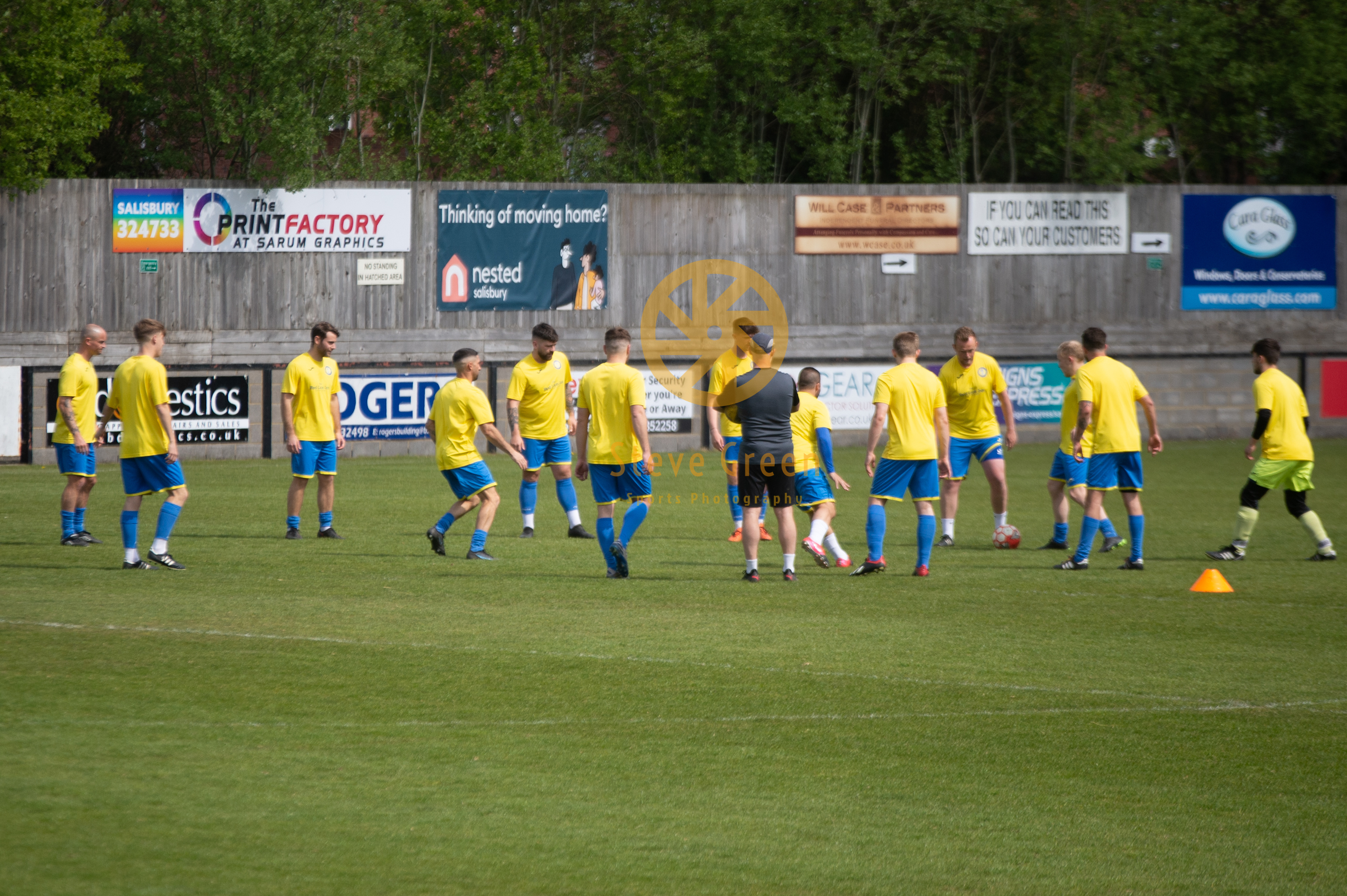 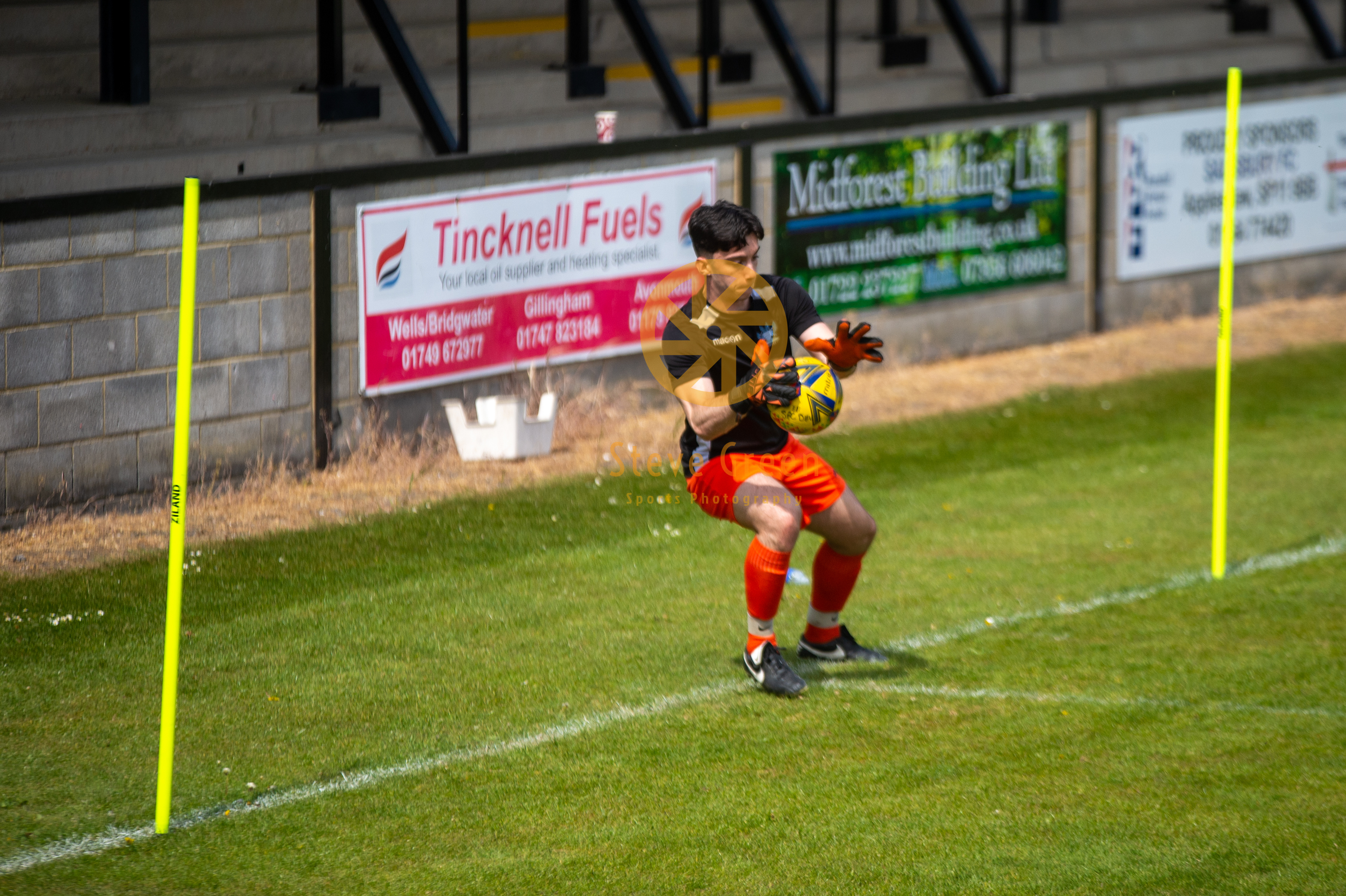 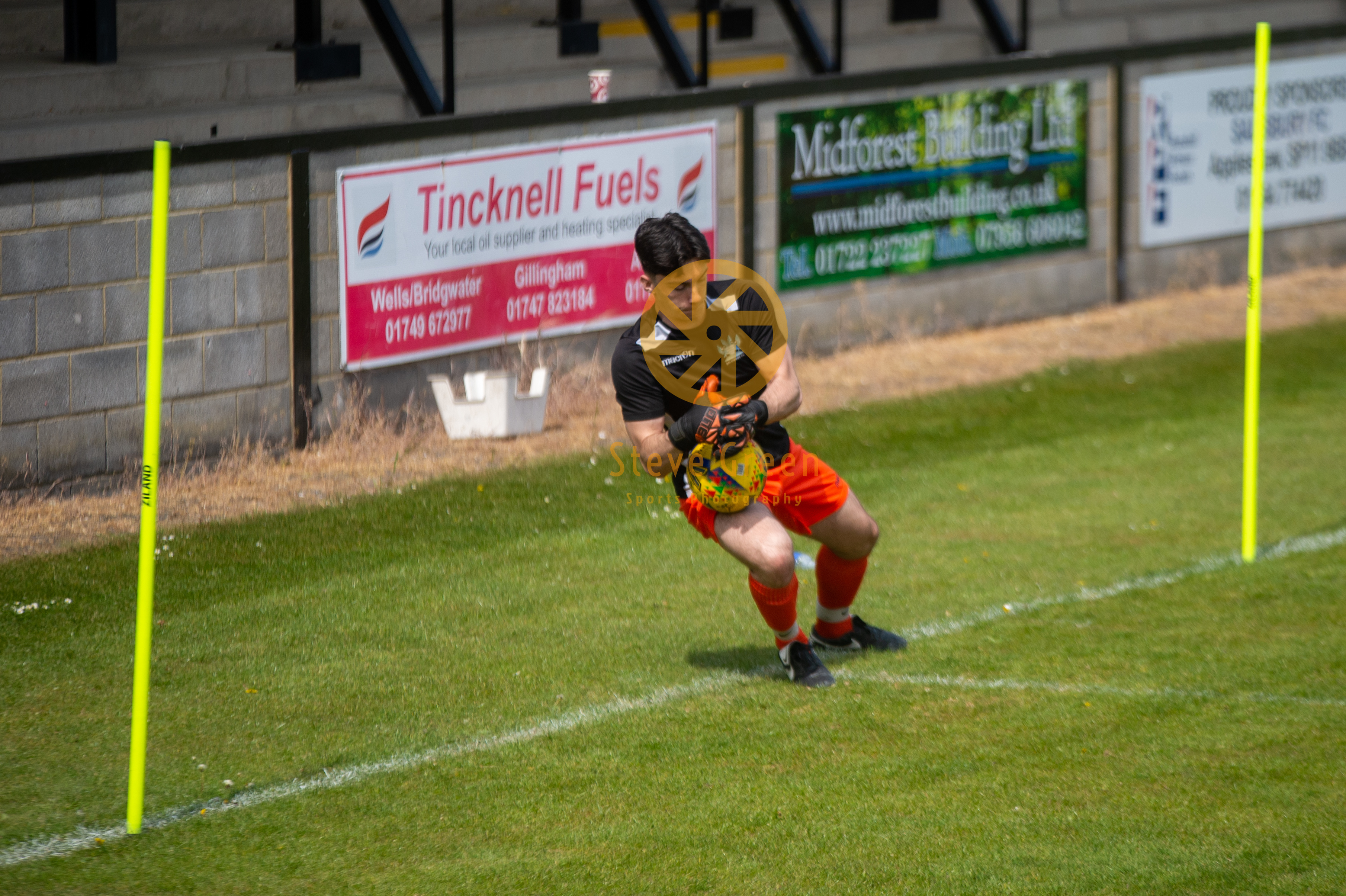