A phenomenal goalkeeping display from Sarah Humphries inspired Wootton Bassett Town Ladies to their first ever victory in the FA Women's Cup as they edged league rivals Cheltenham Civil Service 1-0 in their preliminary round tie.

The shotstopper made a number of fine saves throughout the match to keep Cheltenham's threatening attack at bay. And this allowed the home side to snatch victory thanks to Sam Wood's towering 30-yard free kick with quarter of an hour to go.

Bassett made the better start but failed to convert their pressure into any meaningful chances. Cheltenham then began to exert control, but saw two one-on-one opportunities thwarted by a pair of brave Humphries saves.

Shortly before the interval Cheltenham appeared set to take the lead when a decisive counter created another opening with just Humphries to beat, but the â€˜keeper was able to parry wide to preserve parity.

Following the restart the story was much the same with Humphries smartly guiding a low shot to safety at her near post.

Shortly after she was forced to breathe a sigh of relief as an audacious chip from Kelly Churchley settled on the roof of the net before she snatched a free kick seemingly destined for the top corner out of the air.

Humphries' teammates soon repaid her for her brilliance as a flowing passing move helped draw a foul thirty yards from goal. Central midfielder Wood confidently stepped up to take the free kick and duly smashed a thunderbolt into the top right corner.

Thereafter it was backs to the walls for the tired hosts, but stout defending from a back four marshalled by captain Laura Jefferies helped stifle Cheltenham's attempts to get back on level terms.

Bassett travel to Bristol Ladies Union in the first qualifying round next Sunday. 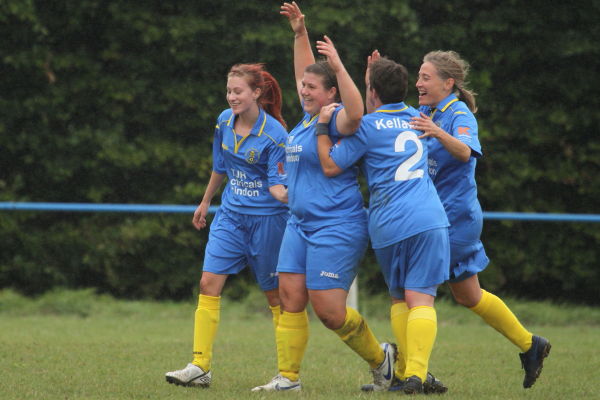