Hellenic League Premier Division fixtures for the full season have now been released.

Within these are, frustratingly, multiple changes for matches due to take place in August when compared to those issued just two days - a feature which renders useless communications from earlier this week.

Sam Collier's side are still due to begin their campaign at home against Mangotsfield United on Tuesday 2 August (7.45pm kick off). The game will be the first ever competitive meeting between the teams, with the Mangos having been relegated after a run of 22 consecutive seasons in the Southern League.

After hosting Windsor in the Emirates FA Cup Extra Preliminary round (Saturday 6 August, 3pm), Bassett are now set for a trip to take on Roman Glass St George - comfortable winners of both game between the teams last season - on Wednesday 10 August (7.45pm kick off). Note that this match depends on the outcome of both teams' FA Cup ties – should either end in a draw, the game will be rearranged.

Bassett then face back-to-back fixtures against sides finishing below them last season. They begin with a visit to Chipping Sodbury Town on Saturday 13 August (3pm kick off) before a midweek home contest against Thornbury Town (Tuesday 16 August, 7.45pm kick off).

Saturday 20 August is currently a free date, though success against Windsor would mean a home FA Cup Preliminary round clash against either Highworth Town or Reading City.

The opening month is then set to finish with two away Wiltshire derbies. Bassett are due to travel to Bradford Town on Wedneday 24 August (7.30pm kick off) and will visit Corsham Town on Bank Holiday Monday (29 August, 3pm).

Please note that all fixtures are subject to further change. To keep up to date with fixtures, be sure to regularly visit the Men's First Team page on our website.

Entry prices for home league fixtures during the 2022-23 season remain as they were for last year: £6 for adults, £3 for concessions and free for RWBTFC youth members. 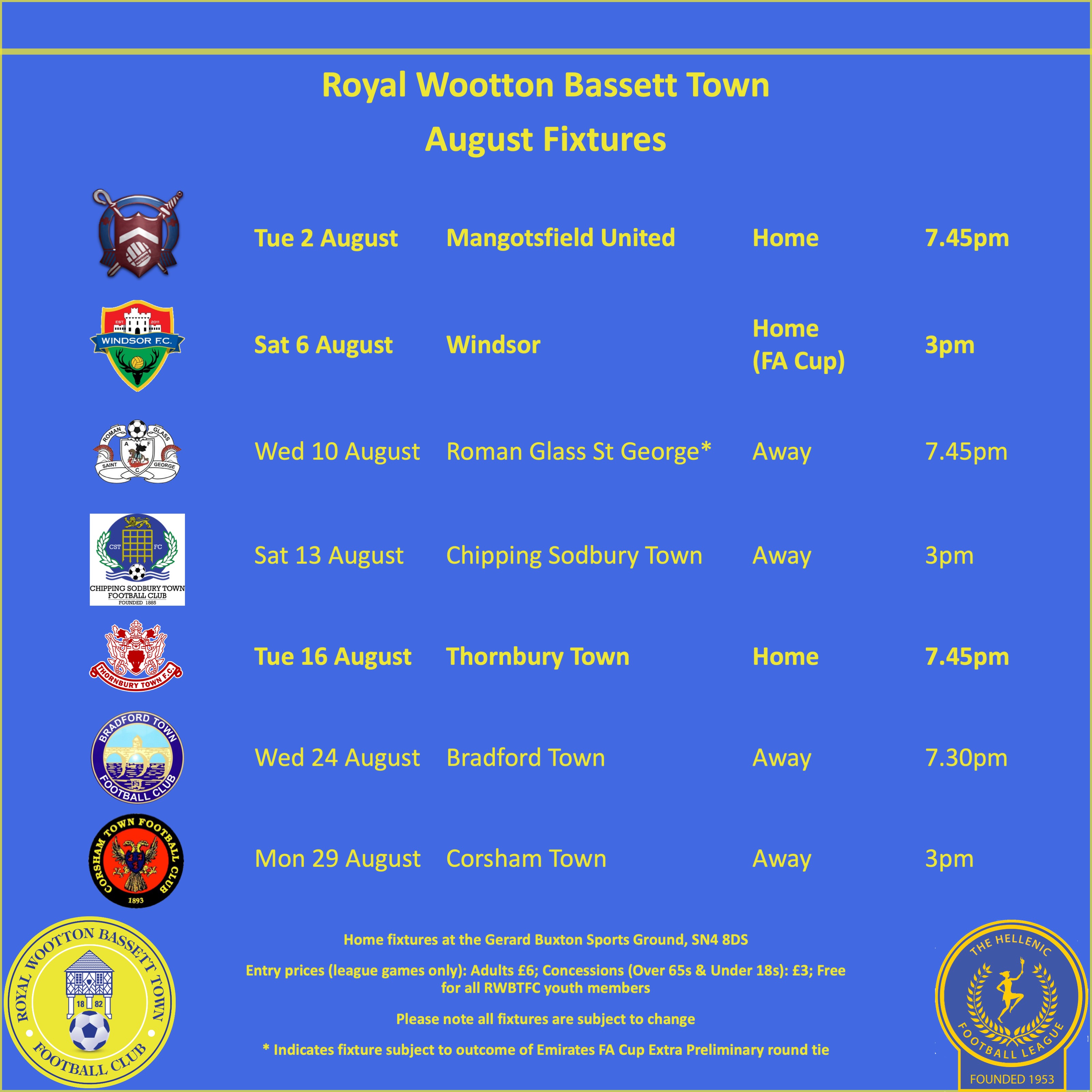