The penultimate team to feature in our Celebrating Success series are Royal Wootton Bassett Town Under 18 Blue.

They had a hugely successful 2018-19 season, finishing as runners-up in the Wiltshire Youth Cup and North Wilts League Division One before securing a deserved piece of silverware to end their campaign as they lifted the North Wilts League Cup.

Having narrowly been denied the chance to lift both the Wiltshire Youth Cup and North Wilts League Division One, Royal Wootton Bassett Town Under 18 Blue ensured they finished their 2018-19 campaign with a deserved piece of silverware as they secured the North Wilts League Cup title.

And they did so in style, recording a convincing 3-0 final victory against Stratton Juniors Pumas thanks to a clinical second half performance in which Charlie McCuish scored twice before George Staten rounded off the scoring.

Bassett first kicked a ball in the competition in the quarter finals after being awarded their second round tie against Shrivenham.

And away against Malmesbury Victoria Youth Development, who would eventually pip Bassett to the league title, their run was almost ended. But two from Cameron Bell, and further goals from Bailey Gallagher and Harrison Gough secured a thrilling 4-2 victory after extra time.

Having overcome that hurdle, Bassett were paired with Division Two Highworth Town Juniors H in the semi final. And they produced the goods again to reach the showpiece. Gallagher led the way with a brace while McCuish was also on target in a 3-1 win.

Division Two opposition awaited again at the County Ground – and Bassett made no mistake to lift the trophy.

In 2018-19, Royal Wootton Bassett Town's Under 18 Blue team became only the third side in the club's history to reach the Wiltshire Youth Cup final. However, they were unable to make history by becoming the first Bassett team to lift the trophy as they were defeated in agonising fashion on penalties by Chippenham Town in the showpiece.

Their final appearance was one of three milestones in a hugely successful season for the team.

Bassett's run to the County Cup final began with a 13-0 thrashing of Derry Hill United Pyros in the first round, with Charlie McCuish scoring four times and Tom Phillips netting a hat-trick.

A convincing win followed in the second round as New College were defeated 6-1. McCusih enjoyed himself another fine day with a brace, but it was George Staten who led the way with a hat-trick.

At home against league rivals Malmesbury Victoria Youth Development in the quarter finals, a Bailey Gallagher brace and strike from Staten ensured a 3-0 victory.

Bassett then enjoyed another home date in the semi finals, where they were paired against North Wilts League Division Two outfit Stratton Juniors Pumas. A tense game ensued, but Bassett prevailed by the odd goal in five thanks to two more from McCuish and a further strike from Gallagher.

For the first time in the competition, Bassett failed to score in the final. But they also kept a clean sheet over the course of 120 minutes of nerve-wracking football. Only in the shootout did they come up short, as Chippenham emerged 5-4 winners.

During the 2018-19 season, Royal Wootton Bassett Town Under 18 Blue lost one game inside ninety minutes in all competitions. That was in their final league game of the season against Malmesbury Victoria Youth Development, their 1-0 defeat meaning that Bassett had to settle for runners-up spot in North Wilts League Division One.

Prior to that, their league campaign had seen them drop just two other points – and those were against that same Malmesbury team, as they held Bassett to a 3-3 draw early in the campaign. In their other twelve games, Bassett recorded maximum points.

Before sharing six goals with Malmesbury, Bassett had won their opening three games in convincing fashion. Cirencester Town were seen off 10-2 as Harvey Coster, Bailey Gallagher, Tom Phillips and George Staten all scored twice. Hopper and Staten then recorded braces in a 7-0 home win against Croft Junior Blue before the Blues saw off their club rival Yellow side 3-0.

Following their draw, Bassett returned to winning ways with a 6-1 triumph at Wanborough Juniros in which McCuish scored four times.

Cup commitments and two awarded fixtures meant that Bassett went through most of November as well as December and January without playing a league match. But their form remained excellent when they did next step on the field with three points on the line, Matthew Botham registering a hat-trick in a 5-0 victory away against Brinkworth Cats. Gallagher then scored twice, with Harrison Gough completing the scoring in a 3-0 win in the return fixture against the same side.

Their final fixture of the season against Malmesbury, who had also dropped points in an early season draw against Bassett's Yellow team, appeared set to be a title decider. And that proved to be the case.

A pair of wins for the Blues against Marlborough Youth (6-0 with McCuish registering a hat trick) and Wanborough (6-1) kept Bassett top. Meanwhile, Malmesbury ensured they could overhaul the Blues on the final day with a narrow 2-0 win against Bassett Yellow.

Then, with the title on the line, it would be Malmesbury who came out on top courtesy of a solitary goal. 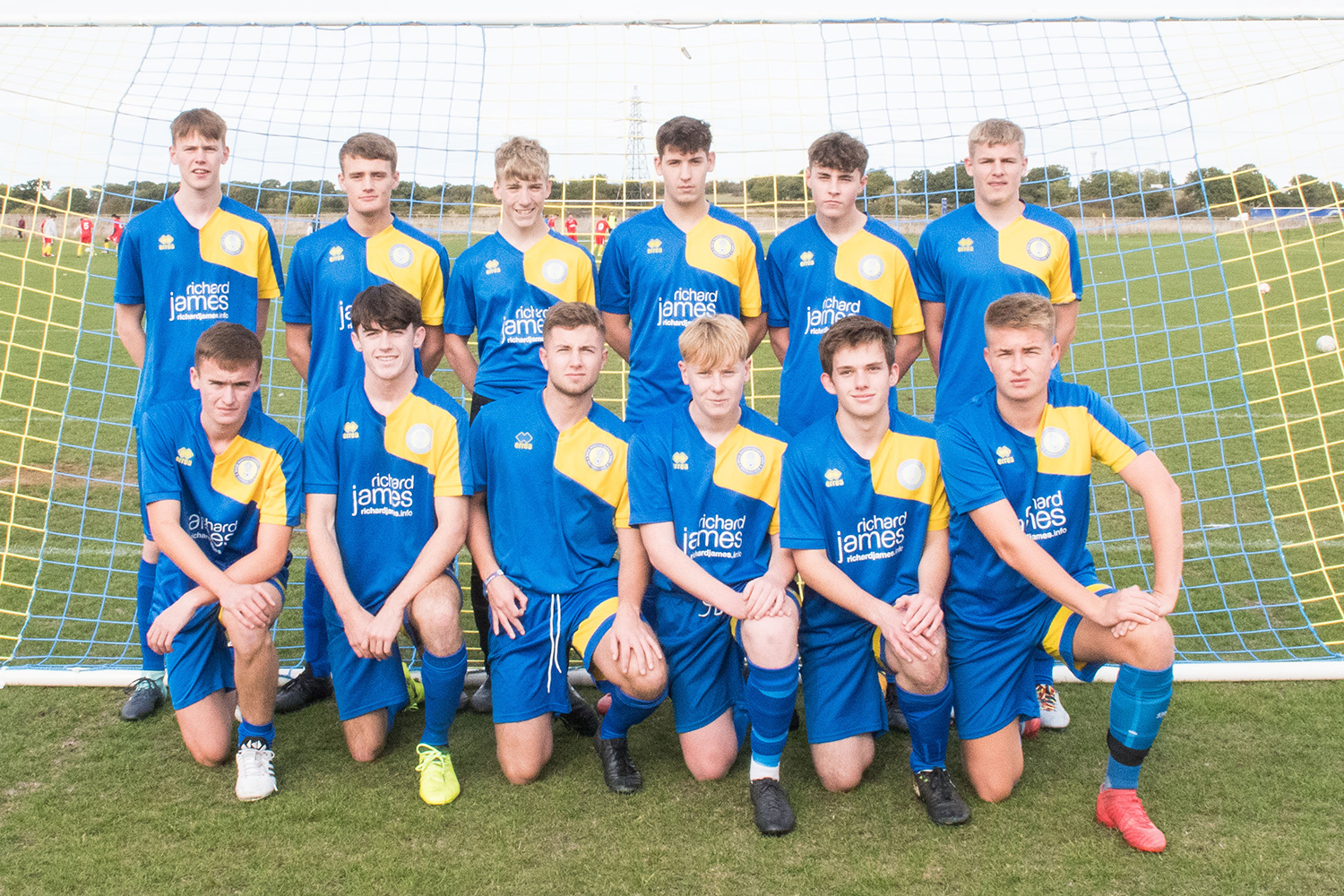