The final part of our Celebrating Success series profiles Royal Wootton Bassett Town's 2018-19 Under 15 Blue side, who won the North Wilts League Cup and finished as runners-up in Division One.

Royal Wootton Bassett Town Under 15 Blue finished an excellent 2018-19 campaign by lifting the North Wilts League Cup. They did so in dramatic style too, defeating Swindon Supermarine J 4-2 after extra time having twice conceded equalisers to their stubborn opponents in normal time.

Bassett's journey to the final took them past three Division Two opponents.

It began with a thumping 10-0 win at home against FC Chippenham Youth Blue in the competition's second round as Harry Farrow and Kevin Prouse both netted hat-tricks, while Rhys Farrow, Otis Lewis, Giovanni Pungitore and Rory Ryan also scored.

They were then paired with FC Calne Blue, seeing them off 5-1 as Prouse scored twice. Harry Farrow, Otis Lewis and Rory Ryan completed the scoring.

Whlie facing lower-level opposition for the third time in the semi finals, Bassett were forced to work hard to book their final place. They did so by prevailing by the odd goal in seven after extra time as Prouse (2), Harry Farrow and Otis Lewis scored Bassett's goals.

Extra time would be needed in the final too, despite Harry Farrow and Otis Lewis scoring to put Bassett ahead – the latter doing so in the game's final minute. After being pegged back by Supermarine following those goals, Howard Evans and Prouse struck to seal the cup.

Winners of the North Wilts League Cup and semi-finalists in the Wiltshire County Cup, Royal Wootton Bassett Town Under 15 Blue also enjoyed league success in 2018-19 as they finished as runners-up in North Wilts League Division One.

They only suffered only two league losses, both of which came against the eventual undefeated champions FC Chippenham Youth White, and won their remaining fourteen games to end up a comfortable five points clear of third place Swindon Supermarine J.

Bassett started their season with a pair of high-scoring victories, defeating South Cerney 8-2 and Ferndale Rodbourne YCFC 10-3. They then passed their first real test of the campaign with flying colours, goals from Kevin Prouse (2), Reece Gerring and Rory Ryan to defeat Supermarine 4-2. Bassett subsequently beat Lydiard Youth Blue 6-1 to maintain a perfect record.

That would be broken by a chastening 6-1 defeat against FC Chippenham. But Bassett bounced back from defeat to reel off seven straight wins that ensured the leaders would not run away with the title.

Purton Youth were seen off 8-1, South Cerney beaten 4-1 and Ramsbury Youth 4-1. Meanwhile, the return fixture with Supermarine saw top scorer Prouse (2), who would find the net 42 times in all competitions, and Lewis Dodson seal a win by the odd goal in five. They then recorded their biggest win of the season – a 17-0 thrashing of Lambourn Sports Juniors in which ten players registered goals.

Bassett's title hopes would be dashed in agonising 2-1 defeat at home against FC Chippenham, Harry Farrow's goal proving not to be enough for a share of the spoils.

But runners-up spot was secured thanks to a hard-earned 4-0 triumph away against Lydiard Youth Blue before seven goals without reply were put past Lambourn to finish the season. 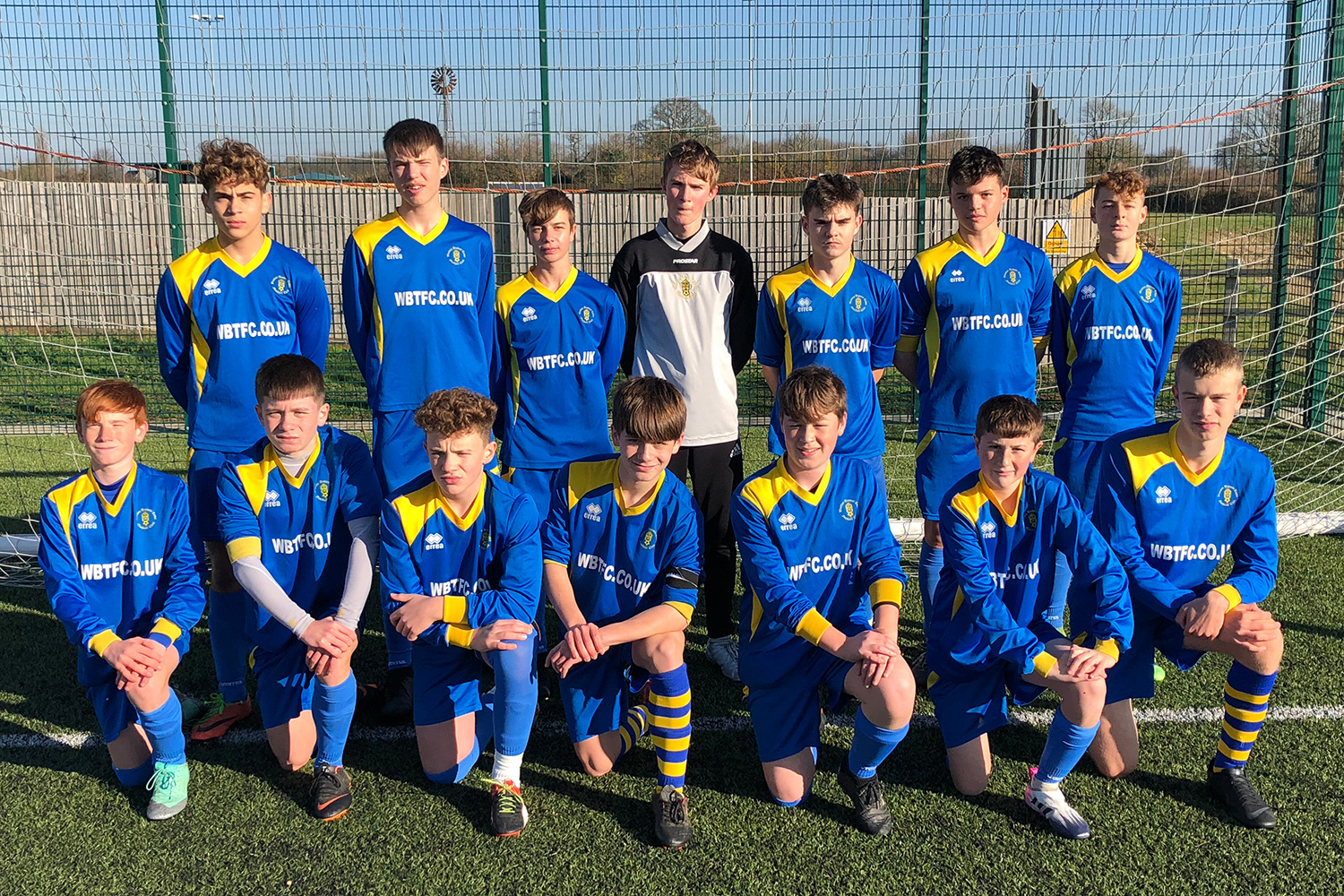