Adam House - Goalkeeper
House is a promising young goalkeeper who joined the club last season and impressed for the Development team in the Wiltshire League. Agile, a confident shotstopper and possessing good distribution, he is a more than capable deputy for the number one shirt. House featured for Chippenham Town’s Under 18 side in 2017-18 and also appeared 35 times for Bremhill in the Wiltshire League. He started last season with Western League Division One side Chippenham Park, appearing fifteen times before ending the campaign with Bassett’s Development side.
Sponsor: R.A. Nicholas Garden Maintenance (07745 922420) 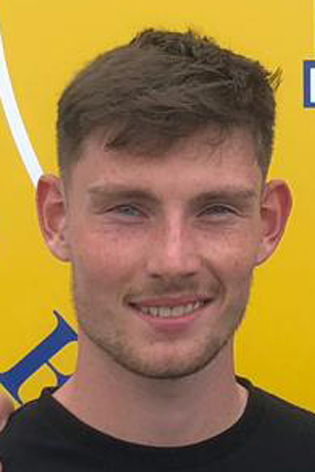 Declan Lehmann - Goalkeeper
Lehmann is a hugely talented young shotstopper who joins Bassett on a season-long loan deal from Chippenham Town. The 'keeper has most recently been a member of League Two side Forest Green Rovers' Academy, becoming their first ever scholar when he signed in 2017. Last season he was part of their Under 18 team who finished top of the EFL Merit League Two. He also spent time on loan with Cirencester Town. Prior to that, Lehmann had been with Swindon Town, who he joined at the age of seven. He was diagnosed with cancer in 2015, receiving the all clear in April 2016.
Sponsor: Arctic Services (01793 848502) 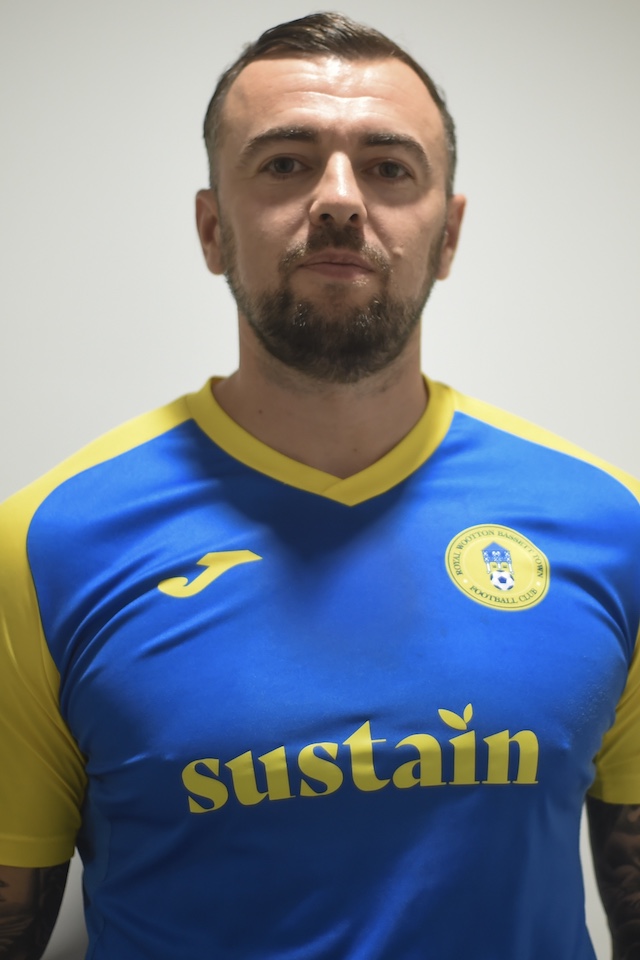 Adam Corcoran - Defender
Corcoran is an imposing defender, with the ability of playing either at centre half or full back. He re-joined Bassett in the summer of 2015 to begin his second spell with the club. Composed on the ball and dominant in the air, Corcoran is a Cirencester Town Academy graduate who first joined Bassett in 2011-12 after brief spells with Fairford Town and Calne Town. He quickly established himself as a key part of Bassett's defence. Over the course of seven seasons, he has played 195 times, helping the team to promotion from Division One West in 2012-13. A quality striker of the ball and danger at set pieces, he has also contributed 10 goals for Bassett.Sponsor: Paul Harrison 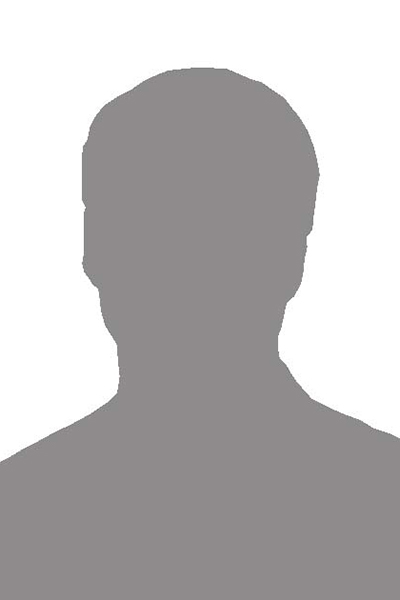 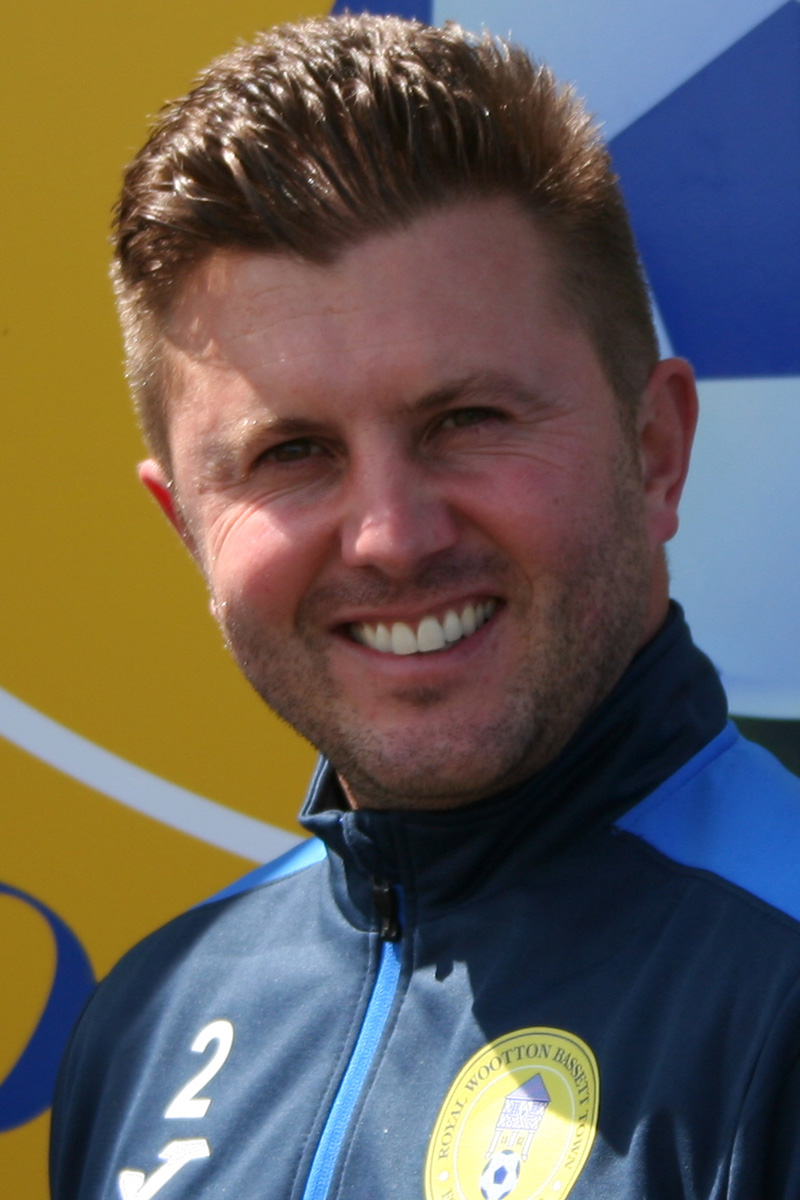 Tony Joyce - Defender
Joyce is a vastly experienced campaigner who joined the club from Highworth Town towards the end of the 2017-18 season. Comfortable on the ball, while possessing great technique, a strong footballing brain and excellent engine, Joyce now plies his trade at full back having started his career in midfield. He initially made his breakthrough with Swindon Supermarine, helping them to the Hellenic League Premier Division title in 2000-01, before making the move to neighbours Highworth. He played a key role in the Worthians' 2014-15 run to the FA Vase semi finals. Joyce also counts Carterton and Wantage Town among his former teams. 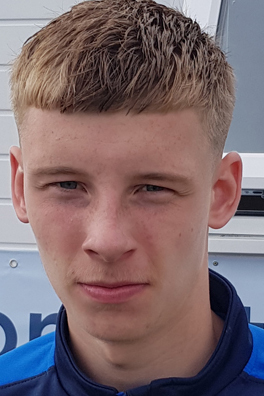 Harrison Lea - Defender
Lea is a versatile, promising youngster who joins Bassett from Western League Division One outfit Chippenham Park. He is capable of playing either at full back or in midfield and is a calm, confident passer of the ball with a good football brain. He made his break into senior football with Wiltshire League Bremhill in 2017-18, playing 21 times, and also earned Chippenham Town Under 18s’ Manager’s Player of the Year prize. Lea made the step up to Western League football with Chippenham Park last season, playing 26 times and also starred for Chippenham Town’s Western Counties Youth Floodlit League Central Division title-winning side. 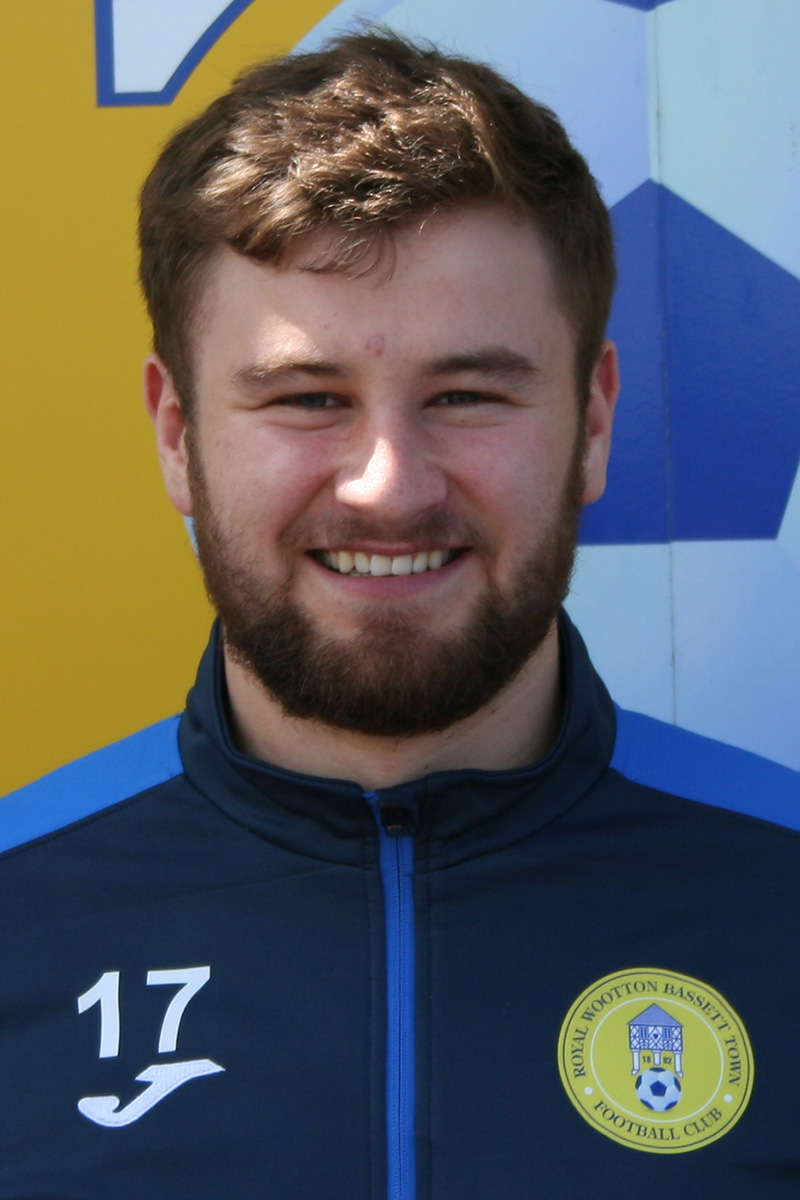 Dale Richards - Defender
Richards is a talented left-sided player who combines athleticism, strength in the air and a fine left foot and has amassed over 150 first team appearances in his young career. He joined Bassett aged 11 and has been with the club ever since, gaining additional experience while at Cirencester Academy. Richards made his first team bow in the 2014-15 campaign and established himself as first choice left back. He shifted to a more advanced role three seasons ago and excelled, finishing second top scorer with eleven goals. Over the past two years, his appearances have been limited by a spell travelling and heart surgery, but he has still featured 45 times, scoring four goals.
Sponsor: Andy Walduck 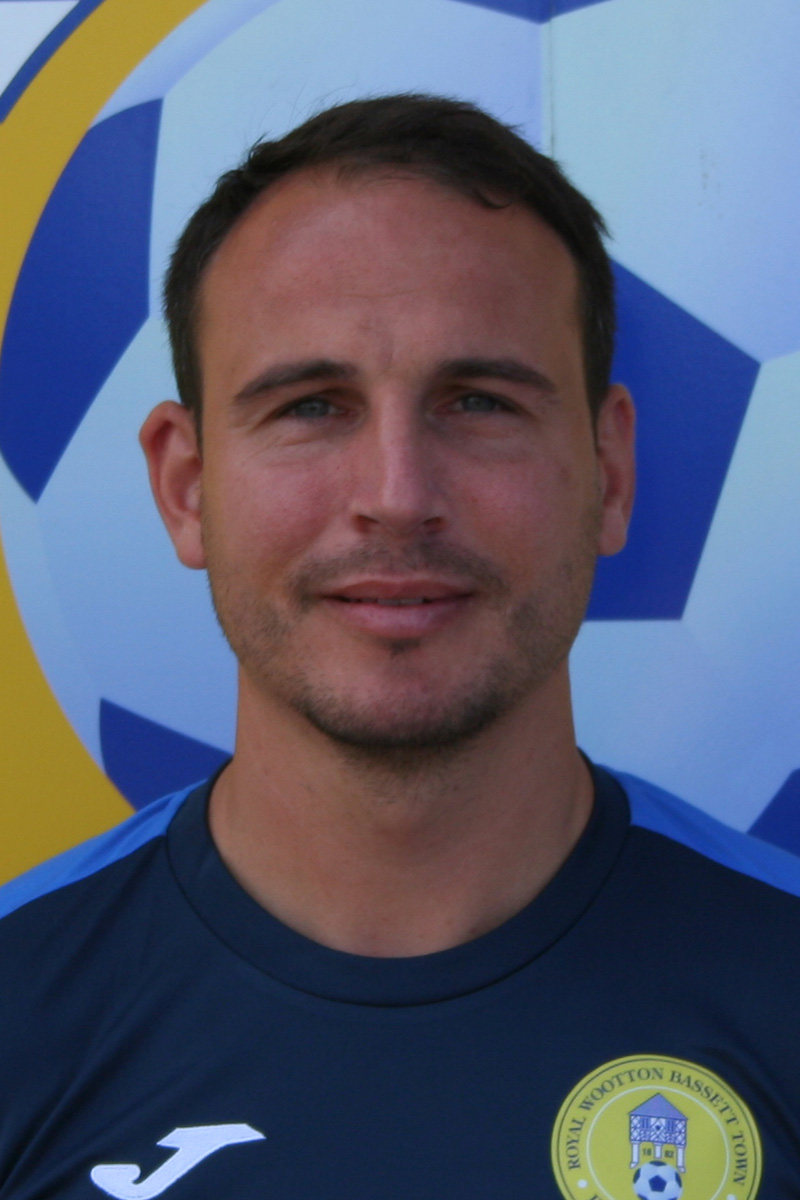 Steve Yeardley - Defender
A Bassett stalwart, Yeardley is entering his fifteenth season, split across two spells, with the club. He has played in every position on the pitch, including ‘keeper, for Bassett, though is now most comfortable in defence. Yeardley re-joined his home town club in 2012 after having spent the previous three years with Highworth Town, where he won the Hellenic League Challenge Cup. Bassett’s all-time leading appearance maker, he played his 500th game last season, and in total has featured 507 times for the club, scoring 77 goals.
Sponsor: Mem-Star Distribution (01793 841490) 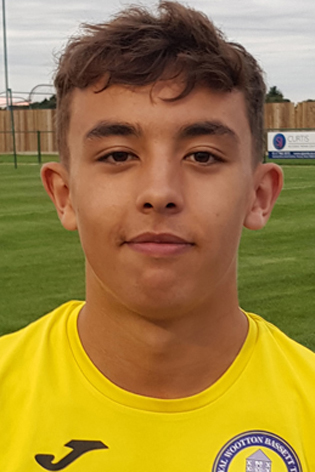 Caine Bradbury - Midfielder
Bradbury is a gifted midfielder who joins Bassett this season from Chippenham Park. Highly versatile, skilful and boasting a good passing range, he is a highly promising young player. Bradbury made his debut in senior football with Wiltshire League side Bremhill in 2017-18, scoring three goals in 31 appearances and that year also claimed Chippenham Town Under 18s’ Players’ Player of the Year award. He made the step up to Western League Division One football with Chippenham Park last year and was the team’s leading appearance maker, featuring 34 times. He also helped Chippenham Town to the Western Counties Youth Floodlit League Central Division title.
Sponsor: Andy Walduck 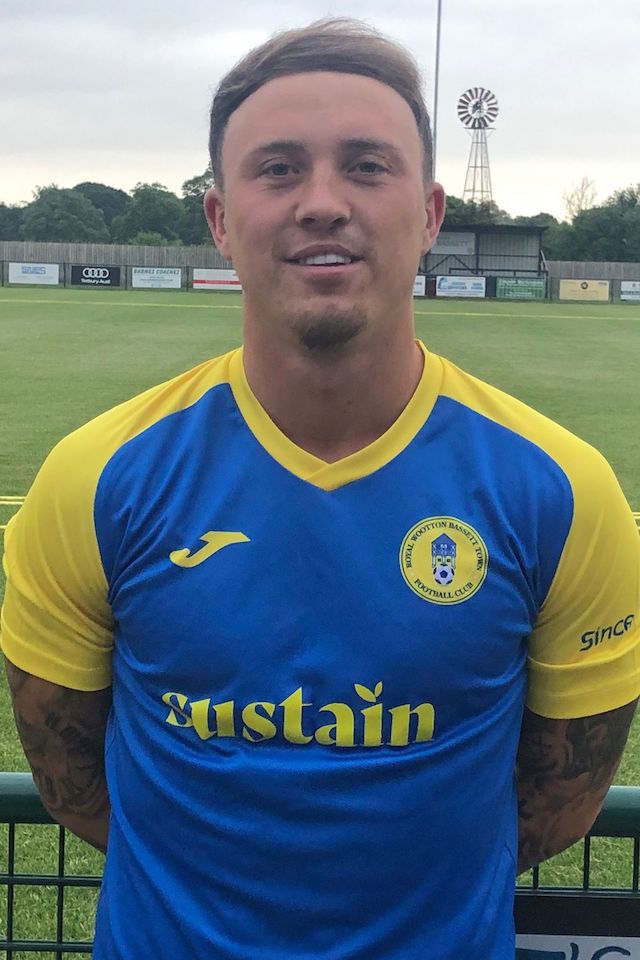 Alfie Presley - Midfielder
Presley is a talented young wide player who joins Bassett from Western League Division One side Chippenham Park. He boasts good speed and skill, the willingness to take defenders on and is also a dangerous crosser of the ball. Presley played once for Bassett in 2016-17, a year in which he also briefly featured for Marlborough Town in the Wiltshire League. A season later he struck twelve times in twenty games for Bremhill, while also being named Chippenham Town’s Academy Player of the Year. Stepping up to Western League football for Chippenham Park last season, he featured nineteen times, scoring once.
Sponsor: R.A. Nicholas Garden Maintenance (07745 922420) 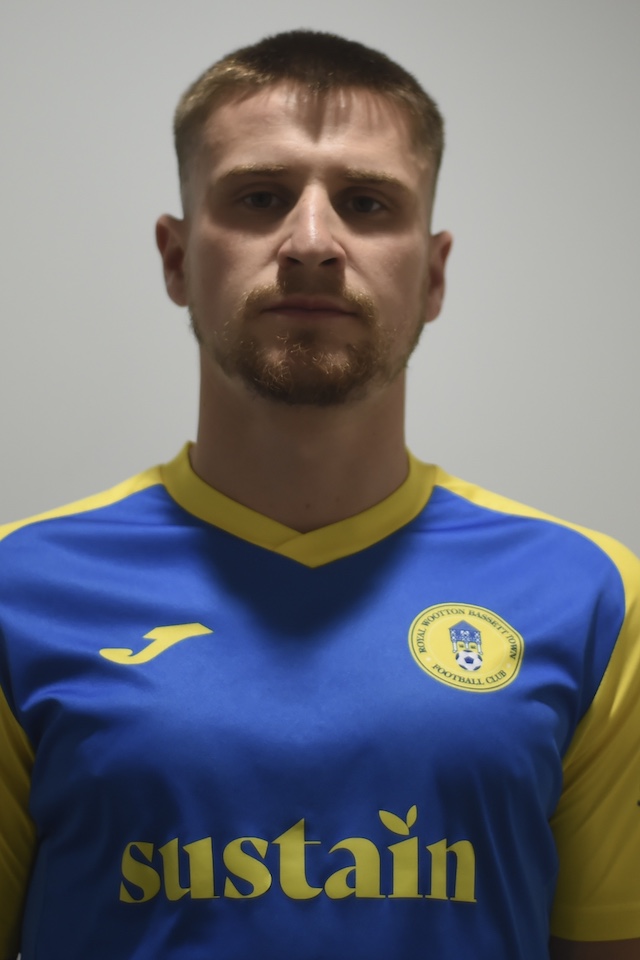 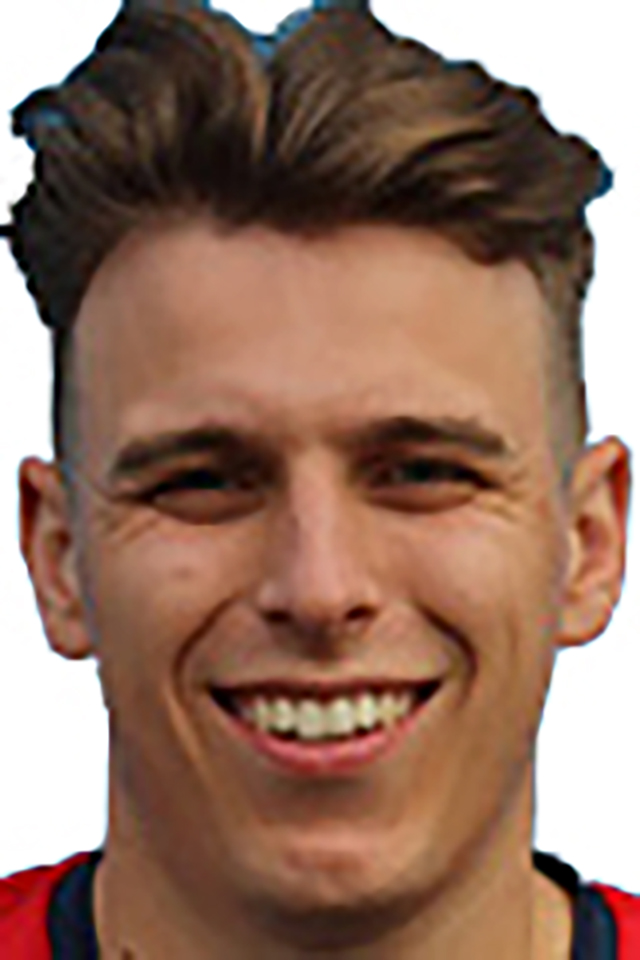 Mani Roper - Midfielder
Roper is a skilful, energetic, hard-working midfielder who joined Bassett in 2018-19 from Shrivenham. A tireless player who enjoys running at defenders, Roper is at his most effective on the wing, though he is also capable of playing through the middle or at full back. He made his bow in senior football with Highworth Town Reserves before moving to Malmesbury Victoria in 2013-14. Since then, he has also had spells with Fairford Town as well as Shrivenham. Roper featured 15 times for Bassett in 2018-19, including ten starts.
Sponsor: R.A. Nicholas Garden Maintenance (07745 922420) 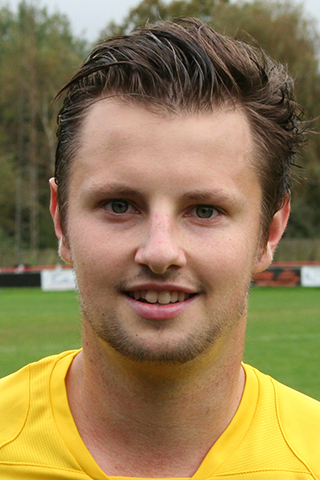 Callum Wright - Midfielder
An influential central midfielder who was with Chelsea and Bristol City as a youth, Wright is returning to the club after spending last season with Hellenic League Premier Division champions Wantage Town. Wright initially joined Bassett in 2013-14 before spending the rest of the season with Chippenham Town. He returned to Bassett the following year before moving to the USA in 2015 where he played for the University of the Incarnate Word in San Antonio, Texas. There he suffered an unfortunate serious knee injury and, after returning to the United Kingdom, re-joined Bassett where he was the second-leading appearance maker and Players’ Player of the Year in 2017-18. 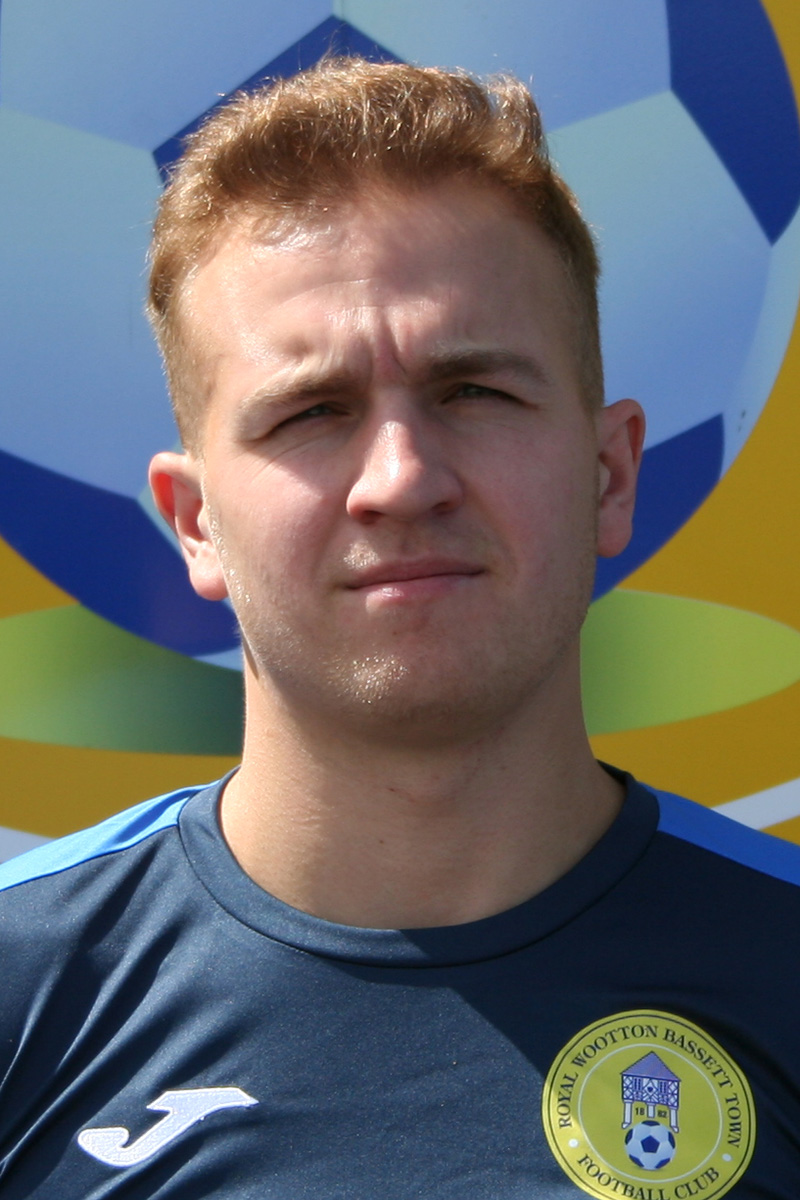 Gio Wrona - Midfielder
Wrona is a classy midfielder entering his third season with Bassett. Boasting a great passing range and plenty of skill, he is capable to dictating a game from his central midfield position. Over the past two seasons he has been Bassett’s leading appearance maker. Fifty appearances and four goals earned him the Manager’s Player and Supporters’ Player of the Year prizes in 2017-18, while three goals in 42 matches saw him crowned Manager’s Player of the Year again last season. Prior to joining Bassett, Wrona played for a number of clubs, gaining Southern League experience with the likes of Swindon Supermarine, Larkhall Athletic and Wantage Town.
Sponsor: Mark Smedley 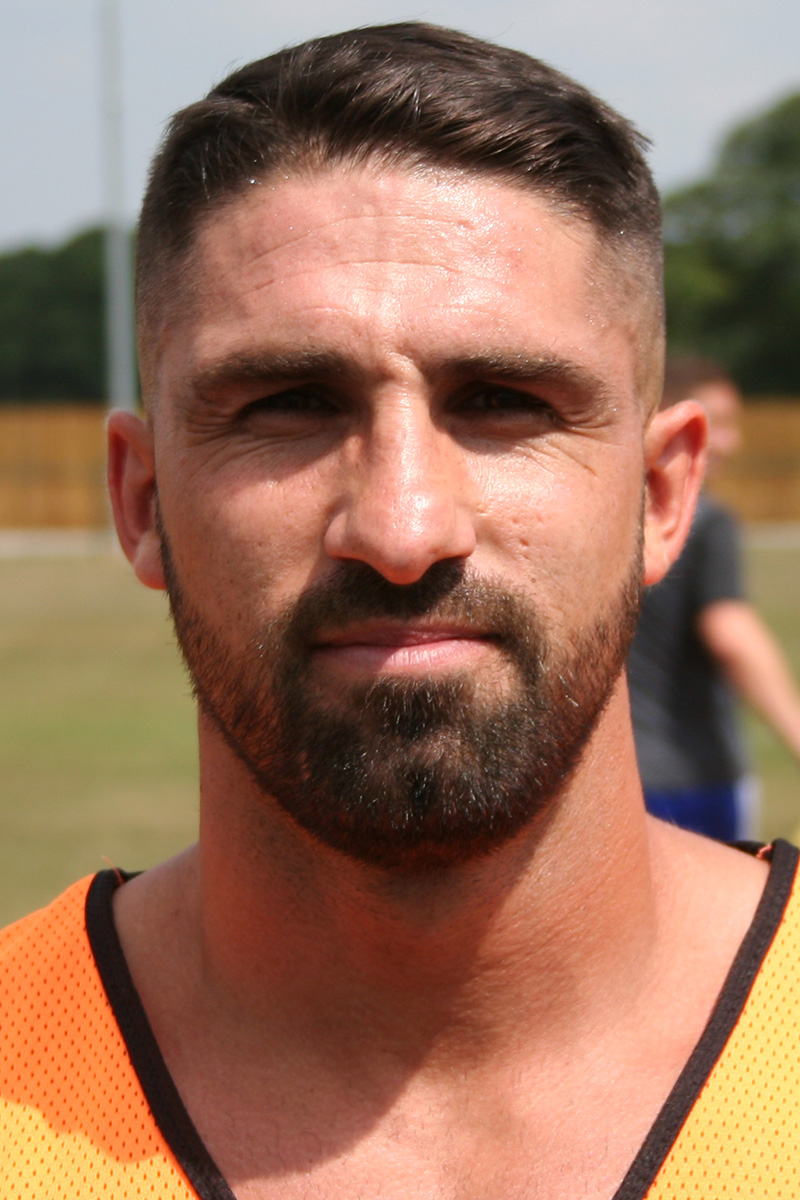 Matt Bennett - Striker
Bennett is an experienced attacking player who re-joined Bassett last season having previously started his senior career with the club. Bennett made his Bassett debut in March 2003 and became a first team regular a year later, registering 45 goals over the course of five seasons. He left for Shrivenham in 2007-08, before moving to Highworth Town, notably scoring sixteen times for the Worthians in 2009-10. Bennett remained with Highworth until returning to Bassett for a brief spell in 2012-13 before moving back to The Elms a year later. After successful seasons with Purton and Cricklade Town, he returned to Bassett last season, scoring nine times in 22 games. 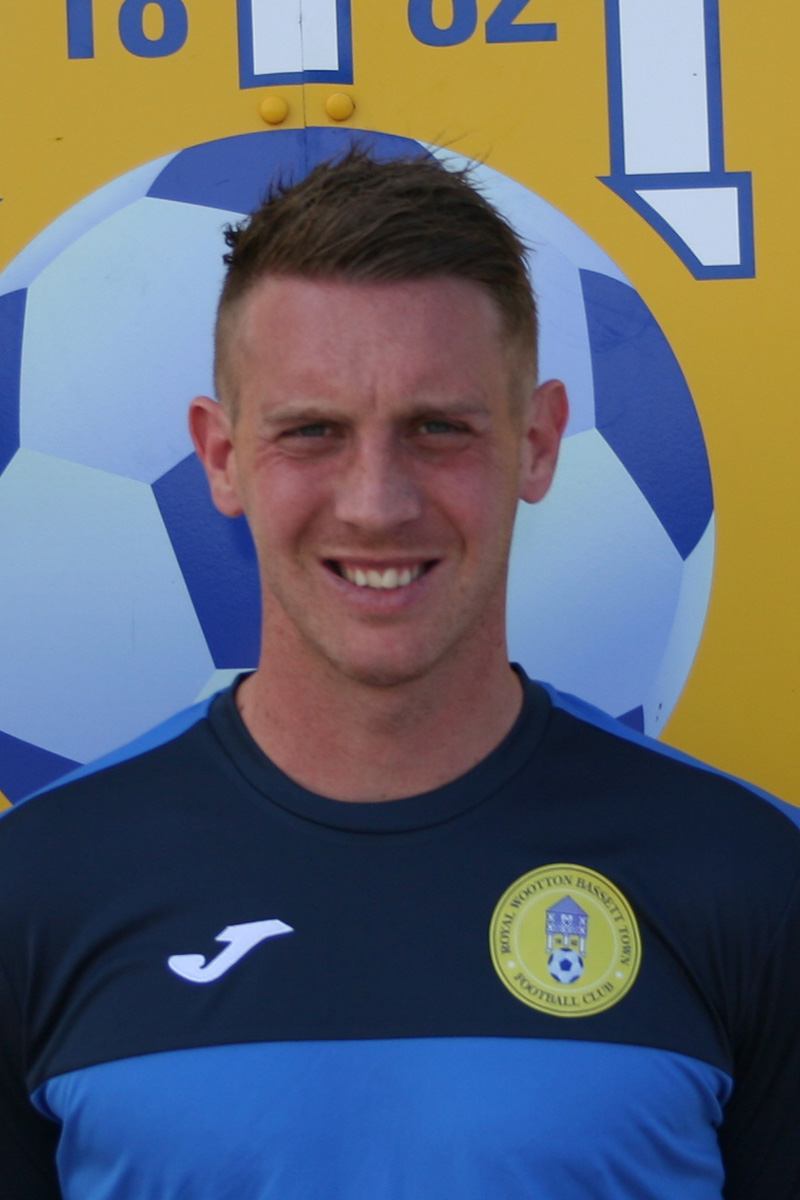 TJ Bohane - Striker
Bohane is a prolific forward who has established himself as one of the most feared opponents in the Hellenic League. Strong in the air as well as possessing two good feet, he is entering his second season with Bassett after joining in the summer of 2018 from Bracknell Town, who he helped to consecutive runners-up finishes in the Hellenic League Premier Division, while scoring 78 times. He finished as Bassett’s leading scorer last season with 20 goals in 33 games. Bohane has spent the majority of his career with Highworth Town, playing a key part in their run to the FA Vase semi-finals in 2014-15, and also counts Shrivenham, Swindon Supermarine and Shortwood United among his former teams.
Sponsor: Stuart Smedley 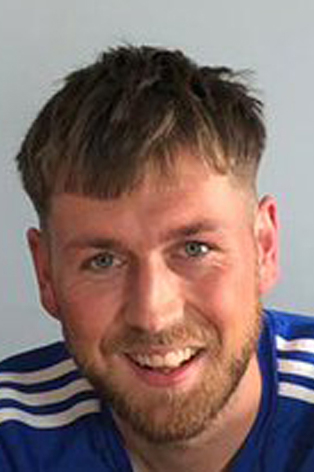 Danny Langford - Striker
Langford is an energetic forward who joins Bassett this season on a full-time basis, having briefly featured for the club in 2017-18 while serving as player-manager for Thames Valley Premier League Newbury. He boasts a great engine, plenty of skill, the willingness to run at defenders and is an unselfish forward, whose control and aerial ability allow him to also operate effectively as a target man. He is also capable of operating out wide or through the middle. Although spending the majority of his senior career with Newbury, Langford’s first taste of Hellenic League football came with Lambourn Sports, while he has also had spells with Thatcham Town, Abingdon United and Binfield. 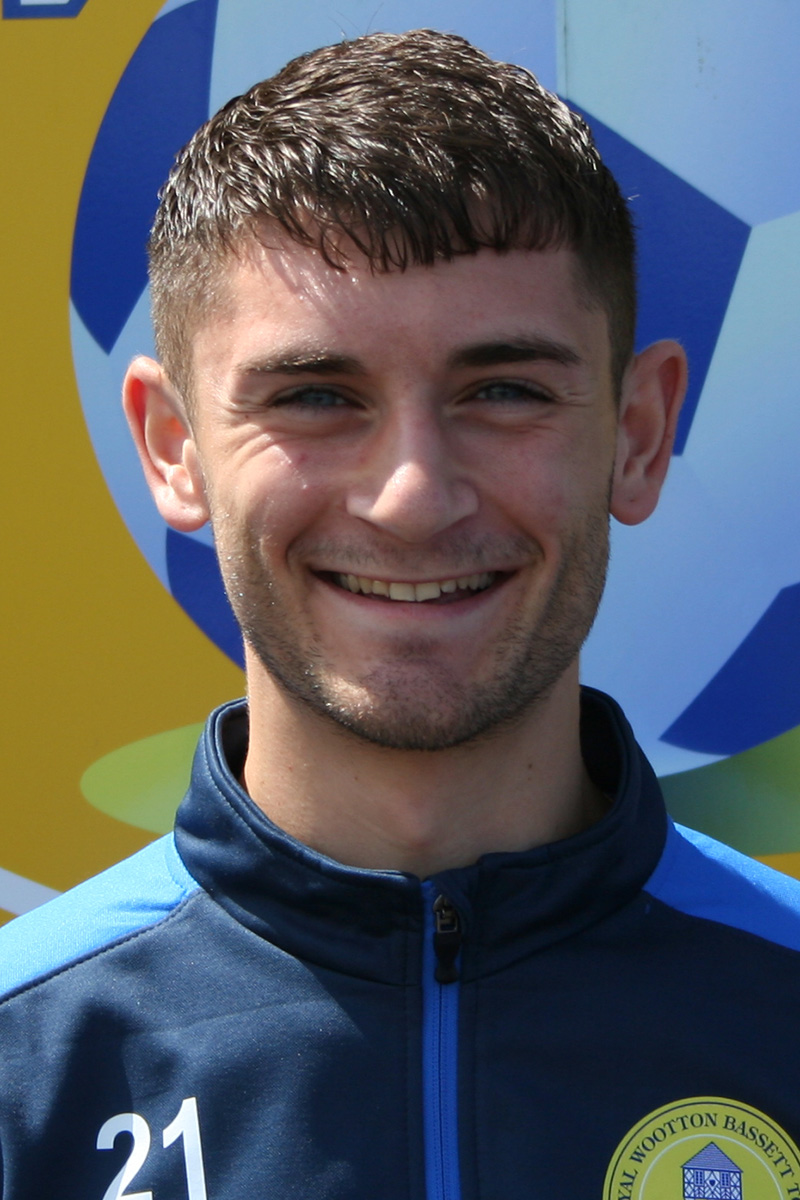 Bradley Pagliaroli - Striker
Winner of Bassett’s Players’ Player and Supporters’ Player of the Year awards in 2018-19 after scoring eighteen times in 40 matches, Pagliaroli is entering his second season with the club. He is an exciting attacking player, with a sublime touch, great skill and excellent ability in front of goal. Pagliaroli is capable of playing through the middle or out on either wing. Prior to joining Bassett, he featured for Wantage Town, Thatcham Town and Binfield, making his name with the latter by scoring eleven goals in 32 appearances in 2016-17 before finishing that season with Letcombe.
Sponsor: Mike Price