Under new management, Royal Wootton Bassett Town's fourth season in the division will start with a tricky trip to face newly promoted Bristol Rovers on the opening day of the season (Sunday 4 September, 2pm kick off).

The opening month of the campaign then finishes with a trip to the coast as Bassett travel to recently relegated Poole Town (Sunday 25 September, 2pm).

In the second month, Bassett are set for derby fixtures at home against Forest Green (Sunday 9 October) and away at Warminster Town (Sunday 16 October), as well as the longest journey of the season to visit Cornish side Liskeard Athletic (Sunday 30 October).

All fixtures can be found on the Women's First Team page on our website.

Please note that fixtures are subject to change.

Entry prices for home league fixtures during the 2022-23 season remain as they were for last year: £2 for adults and concessions and free for RWBTFC youth members. 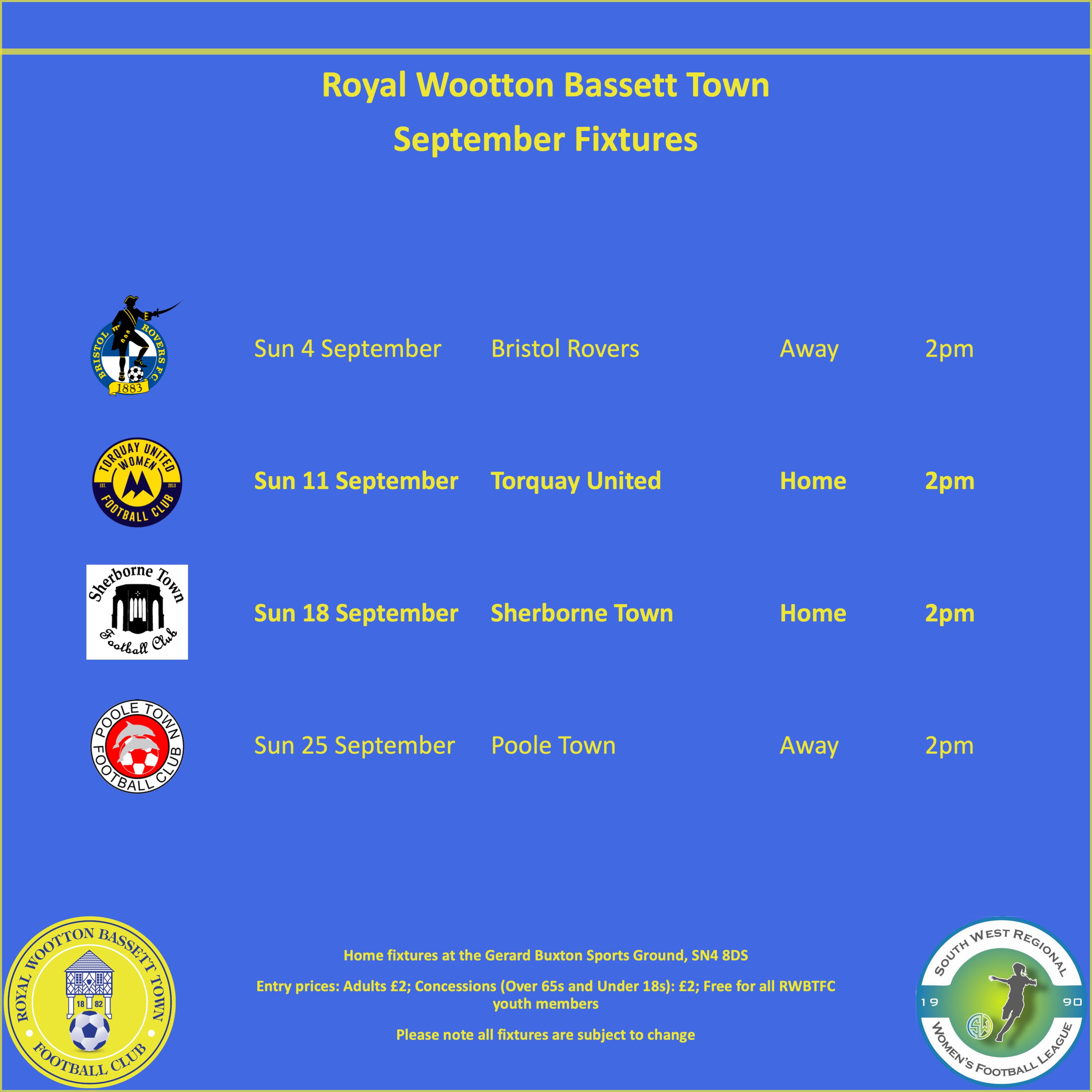