Going up against a Collegians team who finished eighth last season after a strong finish, it will be a tough opening fixture for Craig Jones' side, who face an intriguing range of matches during August.

Bassett then host Odd Down Development - who finished 12th in 2021-22 - on Saturday 20 August (3pm kick off), before the short trip to last season's fifth place finishers Malmesbury Victoria Development on Tuesday 23 August (7.30pm kick off).

The Development team then finish the month with a home date against last season's title rivals Pewsey Vale (Saturday 27 August, 3pm kick off) and a midweek away contest with sixth place finishers Calne Town Reserves (Tuesday 30 August, 7.30pm kick off). 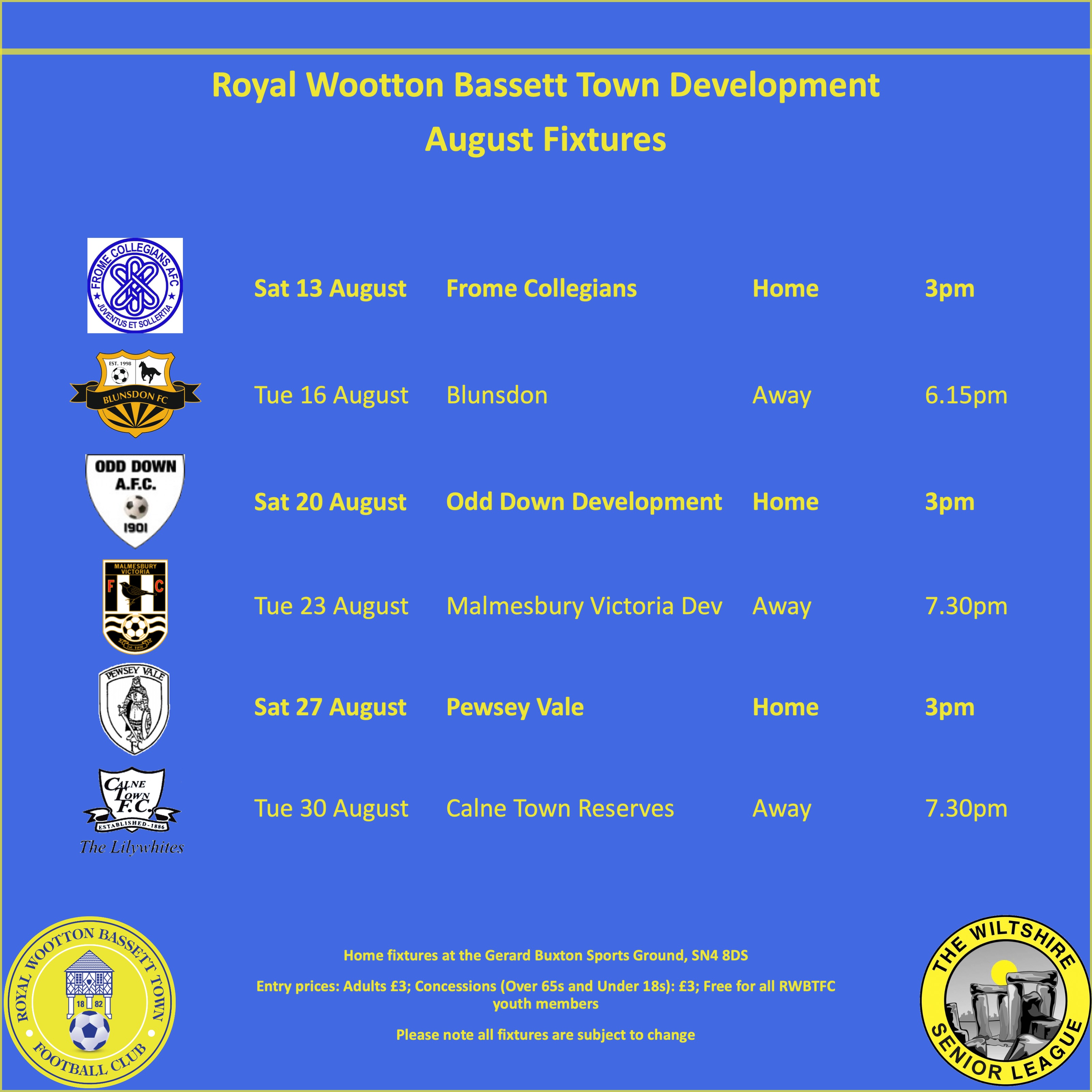