Congratulations to Karim Constantin of Royal Wootton Bassett Town's Under 9 team on winning the Youth Section Player of the Month award for November!

Karim was nominated: "for his outstanding first season with Bassett in which he has shown great team work and an ability to adapt to the English way, all while playing up an age group."

The Player of the Month award is an initiative that was introduced in the 2019-20 season and is now entering its third season. Players can be nominated by their team managers and coaches. Nominees then go into a ballot with the winner - who receives a voucher and trophy - selected from these.

For the November prize nominations were received from 18 of the club's 21 youth section sides.

Huge congratulations go to all players who were nominated – and many thanks to the managers and coaches for ensuring a bumper set of nominees!

The following nominations were received for the November prize. 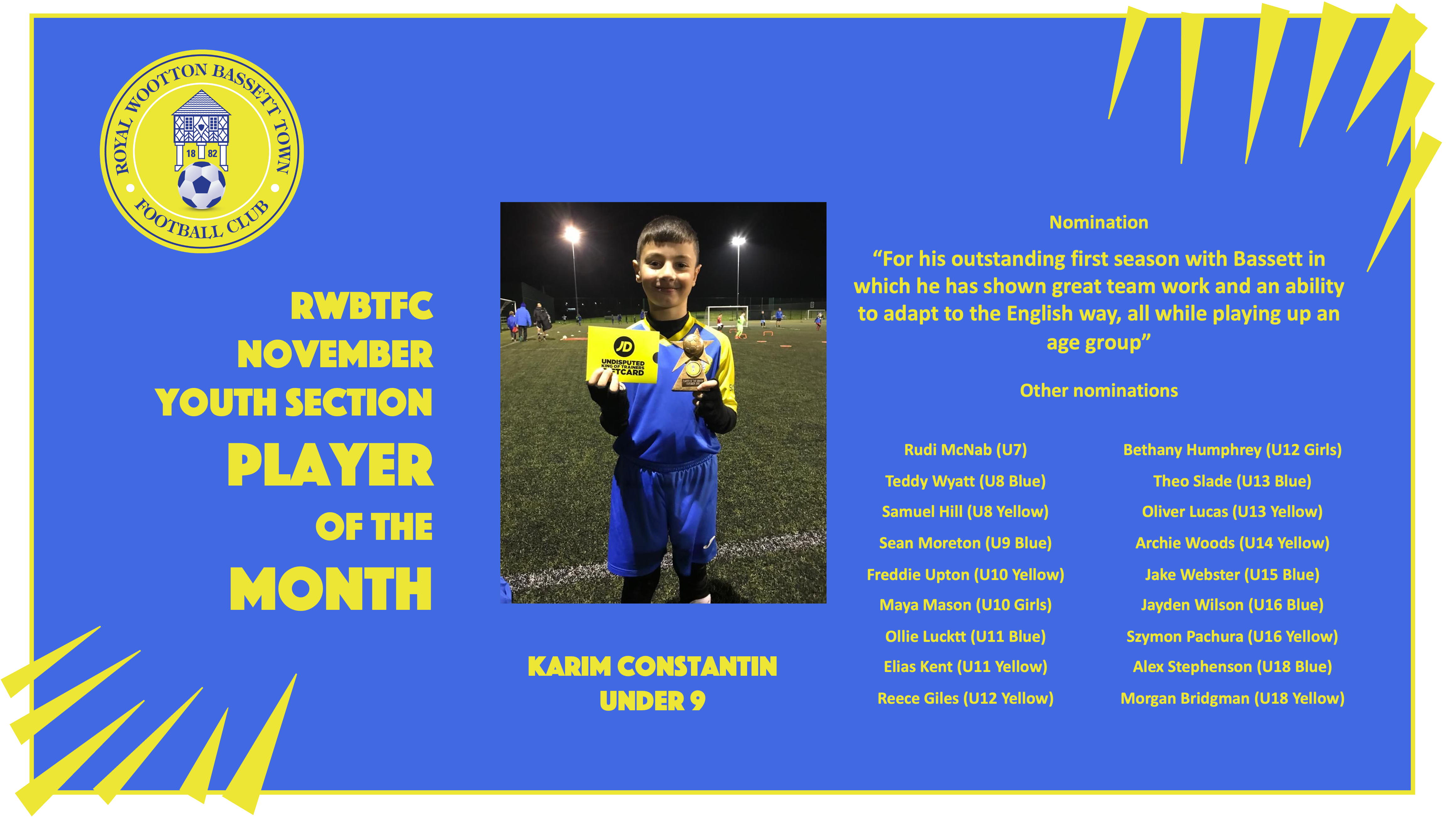