Congratulations to Royal Wootton Bassett Town Ladies joint-manager Jonny House and Under 16 Blues manager Tony Gleed, who were both recognised in the 2020 FA and McDonald's Grassroots Football Awards.

House was named as the Wiltshire FA's Adult Coach of the Year, while Gleed was highly commended in the county FA's Volunteer of the Year category.

It is now three years in a row that Bassett have had success in the FA and McDonald's Grassroots Football Awards.

In his second year at the helm alongside fellow joint-manager James Goddard, Jonny House helped ensure Bassett's first season at step five of the women's National League System was a hugely successful one.

Prior to the 2019-20 season being curtailed, Bassett were in the mix for the South West Women's Football League Premier Division title, while they had also reached the Wiltshire County FA Women's Cup final for the second season in a row and progressed further than ever before in the FA Women's Cup.

The on-field success that Bassett's Ladies side continue to enjoy has been strongly influenced by the quality coaching provided by the team's joint managers. And, in receiving his nomination for the Adult Coach of the Year prize, House received particular praise for being approachable and for the positive impact he has had at Bassett.

One of the club's prized volunteers, Tony Gleed was deservedly recognised for his efforts in the Volunteer of the Year category.

As well as being a manager within the club's youth section, he is virtually a permanent presence at the club, and is willing to contribute to any task. He regularly helps out with maintenance work at the Gerard Buxton Sports Ground alongside his grandson Alfie, assists with work on senior section matchdays, and also continues to play when he can for Bassett's Veterans.

Without dedicated, selfless, club-oriented volunteers like Tony, the club would simply not be what it is.

Commenting on the 2020 awards, Wiltshire FA CEO Oliver Selfe said: "It is extremely important to us to reward our football volunteers for their commitment and dedication to the grassroots game."

"It is always tough to judge these nominations as we get to hear about the true value of those people, in Wiltshire, who are striving to inspire the next generation, whether they are on the pitch or behind the scenes."

"Congratulations to our winners, runners-up and highly commended entries. We are extremely grateful for the contributions you make."

Full details of the Wiltshire FA award winners can be found here.

The FA and McDonald's Grassroots Football Awards are to recognise and reward the people, clubs and leagues that deliver grassroots football throughout the country.

They are for people who make a positive difference and a way to celebrate the fantastic individuals who put their heart and soul into the grassroots game across England. 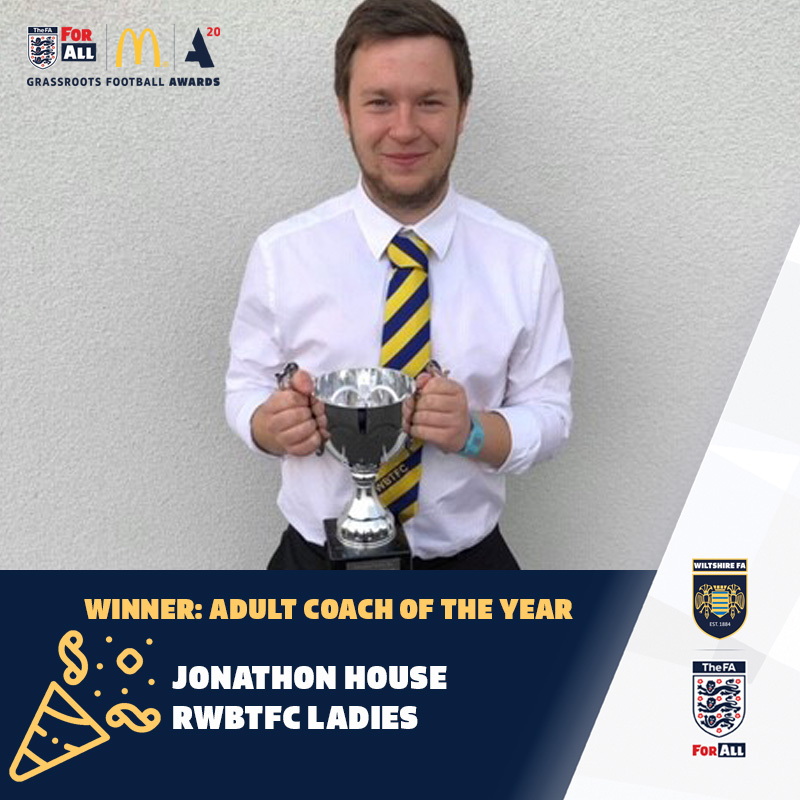 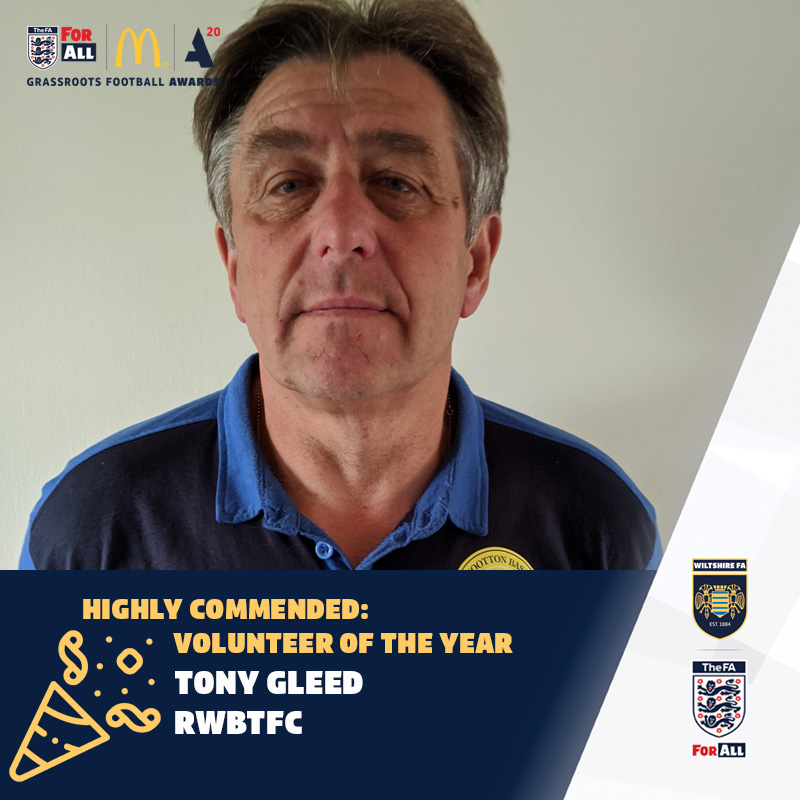