Next up in our Celebrating Success series is a look at Royal Wootton Bassett Town's Sunday side, whose 2018-19 season saw them win Swindon Sunday League Division One and finish as runners-up in the League Knockout Cup.

After romping to the Swindon Sunday League Division Two title in their first season of play, Royal Wootton Bassett Town's Sunday team followed that up a year later by impressively securing the Division One crown.

Their title success was less straightforward than that in the inaugural season when they finished ten points ahead of their nearest challengers. Life in the top division was always going to be more of a challenge though. But thanks to their consistency, solid defence and prolific attack, Bassett were able to emerge triumphant following a tight four team title race.

Bassett settled into life in the top flight with a 6-2 victory away against fellow promoted side Highworth Town as Danny Hale led the way with a brace.

The first true test of their credentials followed two weeks when they took on Penhill United at home. And Bassett laid down a marker, triumphing by the odd goal in five thanks to two from Jack Duckers and a decisive Lewis Petrie strike.

Cup action meant Bassett did not play in the league for another month. That may have showed too when travelling to Croft Junior, a 3-3 draw meaning they dropped their first points of the season.

But Bassett bounced back with six thumping wins in a row. Mitchell Petrie and Aaron Stevens both scored twice in a 7-2 triumph away against Coleshill United (who would later drop out of the league), before Lewis Petrie bagged a brace in another 6-2 win against Highworth.

The elder Petrie continued to be among the goals when he and Ryan Thomas notched hat-tricks in a 7-1 thrashing of fellow title contenders FC Walcot before Thomas repeated that feat in a 6-1 victory in the return fixture against Croft.

Stevens and Aaron Dainton made it five hat-tricks in three games as Woodlands Edge were defeated 8-2. Against the same opponents a week later, Jack Ellis, Ed Herbert and Josh Morse all scored twice in a 9-0 win.

Bassett were topped and, with a trip to Greyhound – one of the other front-runners, had the opportunity to take a clear lead at the summit. However, they lost for the first time all season as they were beaten 2-0.

Their next game was the return match with Greyhound. At half time Bassett trailed and appeared on course to surrender advantage in the title race. But Lewis Petrie netted twice after the restart to claim the points.

With three games to go, Bassett sat three points ahead of Penhill, who held a game in hand. Their next game against Mannington was an easy one as Petrie netted six times as Bassett recorded a dozen goals without reply.

But Bassett were then held against Walcot in their penultimate match, battling back from 3-1 down to earn a share of the spoils in a 3-3 draw courtesy of goals from Hale, Stevens and Marcus Hall.

A loss for Penhill against Greyhound proved a boost though and meant that a point was all that was needed against Penhill to seal top spot. Bassett delivered more than that, earning the title with a 3-0 victory thanks to goals from Thomas, Jack Duckers and Andy Guppy.

While winning Swindon Sunday League Division One, Royal Wootton Bassett Town's Sunday side missed out on completing the double in 2018-19 as they were beaten by FC Walcot in the final of the League Knockout Cup.

Despite having home advantage with the final being played at the Gerard Buxton Sports Ground, Bassett were soundly defeated in the showpiece, losing 5-0 as they had no reply to Walcot's display of attacking firepower.

Their cup run began with a 4-1 victory at home against Highworth Town as Jack Ellis, Sam English, Lewis Petrie and Mitchell Petrie found the net.

Away against Division Three side Swindon Waiting Rooms in the second round, Bassett found themselves 3-0 down after twenty minutes. But any hopes of their hosts pulling off an improbable upset were soon dashed as the visitors scored eleven unanswered goals to move on to the quarter finals. Danny Hale led the way with four goals, while Lewis Petrie and Ed Herbert both notched braces.

They recorded double figures against in the last eight, thumping Coleshill United 13-1 in a game which saw nine players get onto the scoresheet.

Bassett's semi final encounter with AFC Mannington was less straightforward. Yet a place in the final was secured thanks to a clean sheet and goals from Petrie, Aaron Dainton and Aaron Stevens. 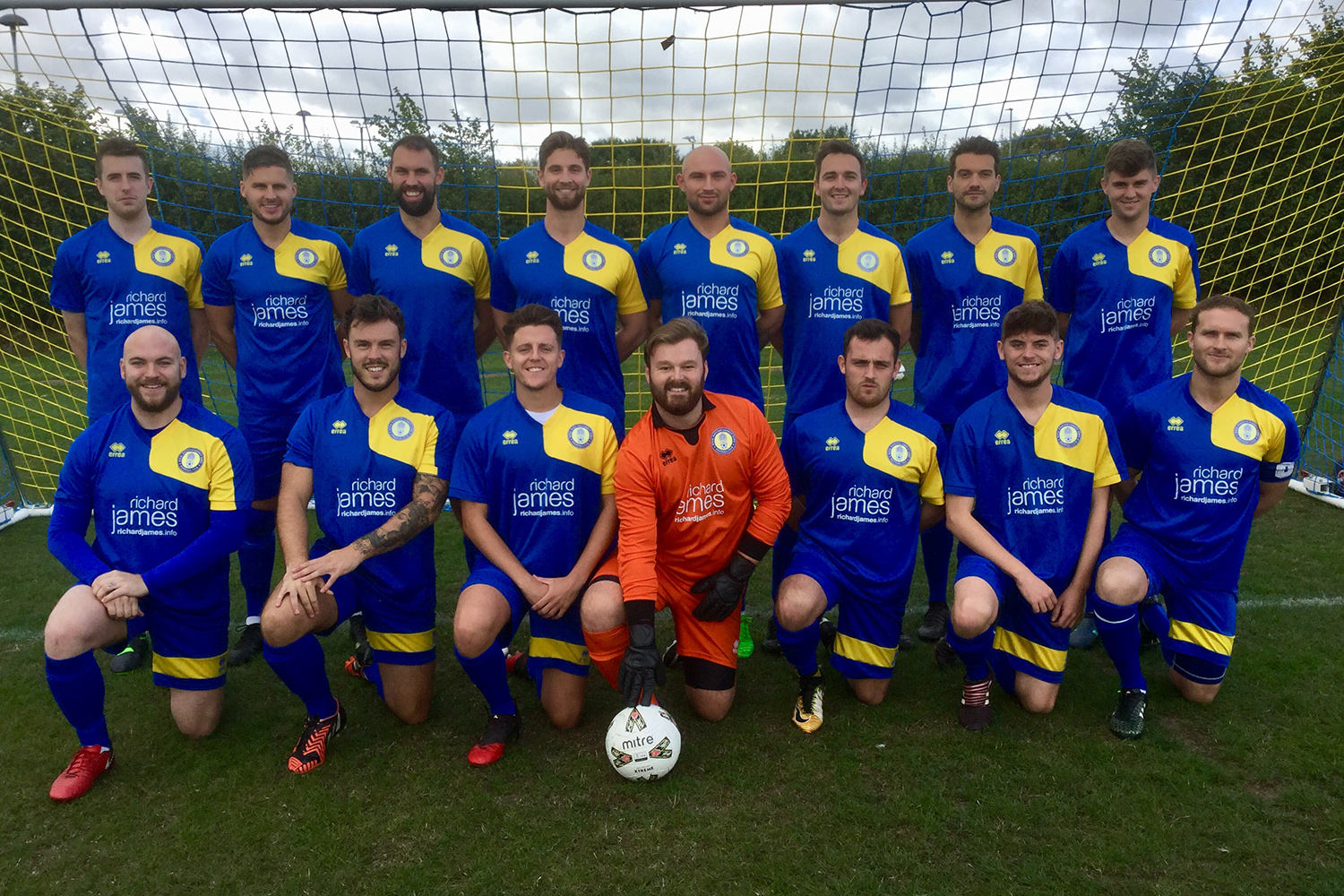